Lynch in “After Religion” asks:

“Is there any substance to the idea that clubs are becoming new churches for people, or that dance music via the DJ is becoming an important new experience of transcendence?”
He of course is referring to the line from Faithless in 1997: 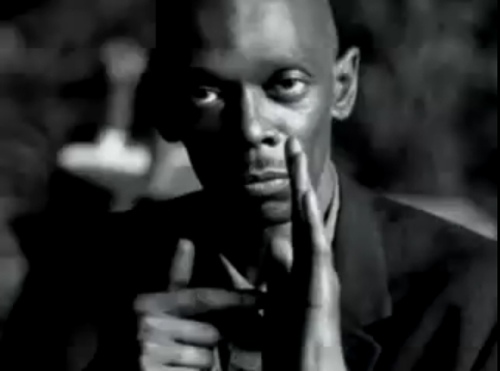 Club culture in this sense is more a UK phenomenon that anywhere else. Lynch refers to institutions that have developed there – like Ministry of Sound, Return to the Source, the underground rave scene. It could be described as a global thing as well – with Trance Messiahs Paul van Dyk in Vancouver and Christopher Lawrence in the USA. Hmm… When I say ‘global’ does that include the non-English speaking world as well? Dance/club music is big in continental Europe. And in Japan. Probably other places as well. Globalisation is pulsing in this field.

Here on the Gold Coast of Australia we have a healthy selection of night clubs. But ask the average Joe to point you to the closest club and you might end up in the Surf Lifesavers Club or the Football Club. I’ve been down to Surfers Paradise at 2 am to sample the night life – and there’s lots happening that could relate to the Ministry of Sound scene. But its not big in the minds of the locals.

When I first moved to the Gold Coast I was responsible for developing worship experiences for young adults at a local church. We tried cafe style with ambient music and relaxed atmosphere. And then we had a go at borrowing from the club scene – with techno and trance music. Interesting reaction. There were of course some people totally turned off by the departure from soft rock ballads being sung by everyone. They knew how to stand in rows and sing and clap. But moving to grooving was not part of the God experience in their world.

There was one guy who I knew was into clubbing in a big way. But this introduction of club music into worship was not good news for him. So I asked him to take me out to his favourite night haunts – check out the local clubs. He was keen. And we did dance the night away. But later as we talked about the night he put his finger on how uncomfortable he’d been having his youth worker on the spot. He’d divided his world into two. Clubs were about drinking alcohol, dancing, letting go and looking, and flirting with danger. Church was the alternative to all this.

I was fascinated with Lynch’s conversations with clubbers – putting it to them the possibility that their involvement in clubbing was a transcendent experience. The response generally was – no… we’re just here to have a good time. As simple as that.

It’s a bit like saying that sex is meant to be a spiritual experience of transcendence. Good idea in theory but not usually in the minds of the actual participants.

However Lynch does bring us back to the role that popular culture plays in the lives of many people. Whether that be the provision of an environment in which people can express themselves physically, or the sense of community people find by sharing common tastes. It might be the sense of intimacy and release people experience through mind altering drugs or entrancing music.

Lynch warns that tying these senses of meaning to the word ‘religious’ is not always appreciated by the punters, even though the promoters may borrow language and imagery from the religious sphere. We’re entering a ‘post religious’ world here.