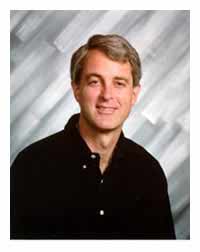 For several years, The Barna Group has been tracking how many people possess a biblical worldview. The organization defines such a life perspective on the basis of several questions about religious beliefs. The definition requires someone to believe that absolute moral truth exists; that the source of moral truth is the Bible; that the Bible is accurate in all of the principles it teaches; that eternal spiritual salvation cannot be earned; that Jesus lived a sinless life on earth; that every person has a responsibility to share their religious beliefs with others; that Satan is a living force, not just a symbol of evil; and that God is the all-knowing, all-powerful maker of the universe who still rules that creation today.

Using that framework, Barna discovered that the percentage of adults holding a biblical worldview has remained minimal and unchanged over the past three years, despite the widespread public debate about moral issues and the efforts of thousands of churches to enhance people’s moral convictions. Currently, only 5% of adults have a biblical worldview. The percentage varies among faith groups. About half of all evangelicals have such a perspective. Overall, 8% of Protestants possess that view, compared to less than one-half of one percent of Catholics.

Well, what do you think of that?

I’m not sure I believe that ‘absolute moral truth’ exists. I believe in God, as revealed in Jesus Christ and made present in the Holy Spirit. But I struggle to see where the principle of ‘absolute moral truth’ appears in the Bible. I believe that the Holy Spirit is the teacher, not the Bible. I agree that eternal spiritual salvation cannot be earned. I’d want to know what Barna means by God ‘ruling creation’ before saying yes. I believe that God has ultimate but not absolute power in this world. I guess I wouldn’t fit into the Barna Biblical Worldview.