Ebay’s latest television campaign features ‘it’ – the ubiquitous ‘whatever it is’ that can be bought online. The 3D green, yellow and red word “It” appears again and again in “The Making of It”, before morphing into many colours, forms and sizes in “Anthem” and “Holiday”.

“The Making of It” starts with a night scene. The crickets are singing. A young man’s looking at his manuscript, his eyes lighting up. “Darren, look at this”. “This is great. This is fantastic”, Darren says. We see the design for ‘it’. Darren puts together a cardboard model of ‘it’. The two hug each other with delight! We cut to the launch in an electronics show. “Ladies and gentlemen, here ‘it’ is.” It’s now in three colours: green, yellow and red. Now we’re seeing the television promotions for ‘it’. “It’s new, it’s the rage, it’s the hot new item everybody wants”. “What is ‘it’? That’s the question on everybody’s lips.” ‘it’ appears on the covers of magazines such as Time, Entertainment Newsview, Fazed and Living. Teenagers say ‘it’ is cool. Businessmen see ‘it’ as a status symbol. The inventors appear on talk shows around the world. The shot finishes with a man opening his ‘Ebay’ box and pulling ‘it’ out. His wife asks him, “What is it?” “It’s a…” Whatever it is you can get it on ebay”.

In “Anthem” family members pose for their photograph – taken by ‘It’. A child’s bedroom is full of ‘it’ – a skateboard, mobile, hamster cage. On a beach a young man strums ‘it’. In his basement a stamp collector looks at ‘it’ through a magnifying glass. On a barbecue a chef grills ‘it’. In a gymnasium a child plays dodge ball with ‘it’. A beauty pageant queen is crowned with ‘it’. A traveler retrieves ‘it’ from the security scanner at the airport. Two men view their video game on ‘it’ mounted on the wall. Four boys make a run for ‘it’ after an accident with a baseball and a window. Two umbrella-holding women wearing ‘it’ greet each other on the street. On a bus a man opens a jewelry case and gives ‘it’ to his girlfriend. ‘It’ is driven through a car wash. “Whatever it is you can get it on eBay”.

Click on the image below to play the Anthem video. 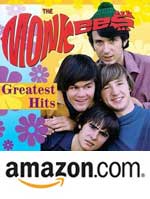 ‘Anthem’ is performed to the sounds of ‘Daydream Believer’ recorded by The Monkees in 1968. The lyrics were written by John Stewart, member of the Cumberland Three from 1958-1960 and the Kingston Trio from 1961-1967.

Oh, I could hide ’neath the wings
Of the bluebird as she sings.
The six o’clock alarm would never ring.
Whoops it’s ringing and I rise,
Wipe the sleep out of my eyes.
My shavin’ razor’s cold and it stings.

Cheer up, sleepy Jean.
Oh, what can it mean.
To a daydream believer
And a homecoming queen. 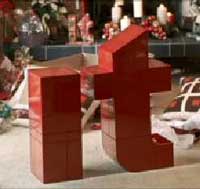 In “Holiday” a family sit in their lounge unwrapping a Christmas gift. The Christmas tree is decorated. Candles are lit and placed in the advent wreath. Seasonal music adds the touch of lightness: “It’s a holiday. Be of jolly good cheer.” Mother’s on the couch in various poses of exhaustion. Son is watching Dad trying to assemble ‘it’. Dad resorts to looking at the plans and asking his wife in desperation, “Honey, do we have a saw?” The time effect is added with the woman’ various poses on the couch. Finally ‘it” is complete. Except for the extra piece. The voice over: “Whatever it is this holiday season you can get it on Ebay.”

The ‘It’ TV commercials were directed by Fredrik Bond at MJZ, Los Angeles, with producers Katie Haberstock and Janet Nowosad, and director of photography Carl Nilsson.

Editing was done by Eric Zumbrunnen at Final Cut.

Music for “The Making of It” was composed and produced at Dreamscape Music.

See the Cinemachine response to the Holiday ad – it’s amazing what “It” can become when placed by the right letters!

5 Replies to “Ebay It Advertising Campaign”