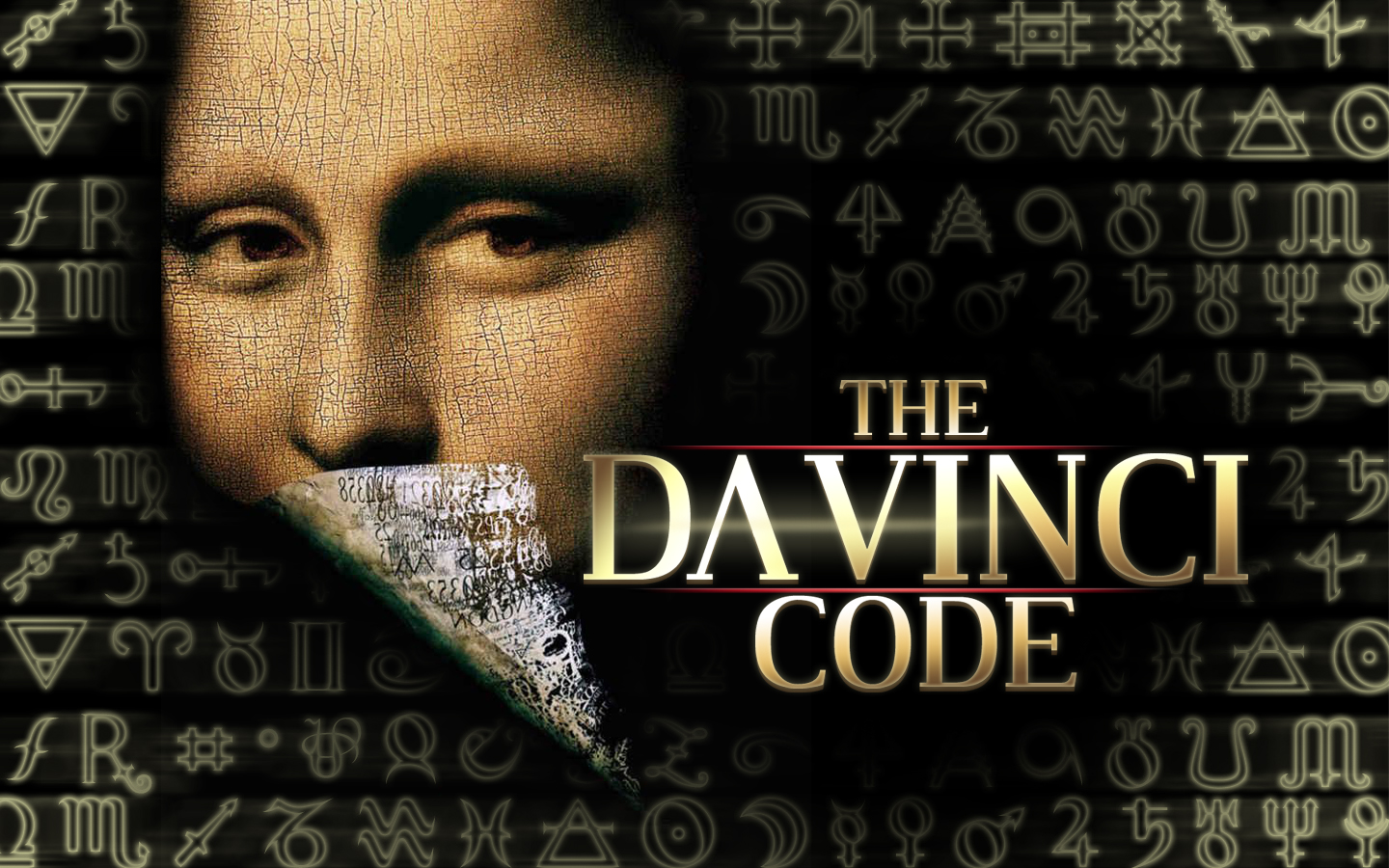 In Dan Brown’s novel, “The Da Vinci Code”, Sophie Neveu discovers an important clue behind the Da Vinci painting, “Madonna of the Rocks”. Facing an armed guard in the Louvre gallery, Sophie proceeds to use the painting as a guarantee of safety. 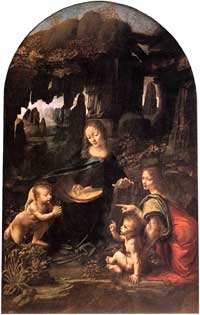 In 1483 Da Vinci’s was commissioned to paint the “Madonna of the Rocks” by the Milanese Confraternity of the Immaculate Conception, an organisation dedicated to honouring Mary. The painting was to be the centerpiece of an altar triptych in their church of San Francesco Grand in Milan, and would need to be done in time for December 1483, the Feast of the Immaculate Conception. The contract specified that the picture should comprise of the “Virgin and Child, two prophets, and angels.” The de Predis brothers, Milanese painters, would be responsible for the angels on either side of the centre piece.

Apparently the Confraternity was not happy Da Vinci’s result. He missed the deadline. He featured John the Baptist as the prophet. Instead of the typical throne or architectural setting Da Vinci had used a cave as setting. It was difficult to tell which child was Jesus and which was John. There was some confusion as to the meaning of hand gestures, such as the angel Uriel pointing at John. In fact the angel appears to have a sphinx-like body. The Confraternity did not keep the painting and so it ended up being sold in a private deal in the 1490s, finally being hung in the Louvre as “Madonna of the Rocks”. 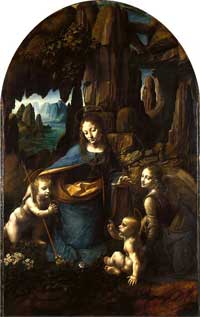 The Confraternity commissioned Da Vinci and his colleague, Ambrogio de Predis, to paint a second version, this time with more clarity. John would hold a long reedy cross. Mary and Jesus would have halos over their heads. Uriel would not point.

Between 1506 and 1508, while living in Florence, Da Vinci eventually painted the second version of Madonna of the Rocks. It is likely that Da Vinci had some help from students in his studio. The new painting was hung in the Milanese doorway but now hangs in London’s National Gallery under the name Virgin of the Rocks. The second painting brings the figures closer to the viewer, portraying a High Renaissance style. The full name of this painting is “The Virgin with the Infant Saint John adoring the Infant Christ accompanied by an Angel”.

The National Gallery recently used infrared reflectography to find two distinct underdrawings beneath the surface of the ‘Virgin of the Rocks’. One of the drawings indicates that Da Vinci had first thought to portray Mary kneeling in adoration of the baby Jesus.

A similar painting hangs above the altar in the left nave of Santa Giustina Church in Affori, on the outskirts of Milan. For many years it was thought that this was just a copy. In recent years art critics have considered the possibility that this painting was created by de Predis after Da Vinci’s first painting was rejected and before the second one was accepted.