This afternoon I listened to Martin Robinson’s presentation on revival at the recent Generous Orthodoxy conference. I downloaded the podcast from Conversatio Fide. It’s a 29 mb file that has a bit of airconditioning hum in it – but I managed to hear everything Martin says. 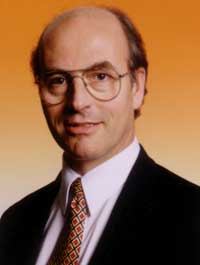 Martin challenges the hope held out by many speakers that if we pray we’ll cross a threshold and that evangelism and discipleship will be much easier. He unpacks the ‘revival myth’ by looking at the impact (or lack of impact) of the 18th Century revival in Britain. He points out that the diaries of Wesley indicate a continual struggle to connect with the people of Britain. In terms of numbers the Wesleyan revival was actually quite small. Christian leaders in England continued to struggle with declining church attendance and anational lawmakers that paid little attention to matters of faith or morality. The reality faced by people in the middle of a revival was continued hard slog.

The architecture of a revival (as outlined by Martin):
1. Weird and wonderful behaviour – as in Toronto Blessing. I thought of the review of revivals written up in John White’s book, “When the Spirit Came in Power

Martin finishes his presentation with two alternative scenarios for the year 2050:

1. Christians have continued to become so separated from the world that they have become something of the past that people want to leave behind, along the lines of Zoroastrianism.

2. Christians have engaged in their communities as ‘future makers’ in ways that have inspired others to follow suit.

The presentation continued with dialogue with members of the conference.

Martin was born in India of missionary parents. His father became a church planter, initially in Scotland and then later in England. Martin trained for the ministry in his late teens and early twenties, with the Associated Churches of Christ, I believe. His first church was in inner city Birmingham. That congregation helped to plant a number of congregations and Martin became the minister of one of those church plants in suburban Birmingham. In 1987 he went to work for the Bible Society, initially as Church Growth Consultant and more recently as Director of Mission and Theology. Martin left the Bible Society in August 2002 to become the National Director for Together in Mission.

Martin has written ten books on mission, especially in a western context. These include, Planting Tomorrow’s Churches Today (with Stuart Christine), The Faith of the Unbeliever, and Winning Hearts, Changing Minds. More recent books include “The Passion and the Cross: Why did Jesus have to die?

“. His book “Planting Mission-shaped Churches Today”, comes out in January 2006.