Just caught up on the news that Stanley Grenz has died. At Paul Fromont’s “Prodigal Kiwi” blog:

What a shock. Stanley would have been 55 this year.

Stanley Grenz is known for his contribution to a progressive Evangelical engagement with postmodernity in the United States. 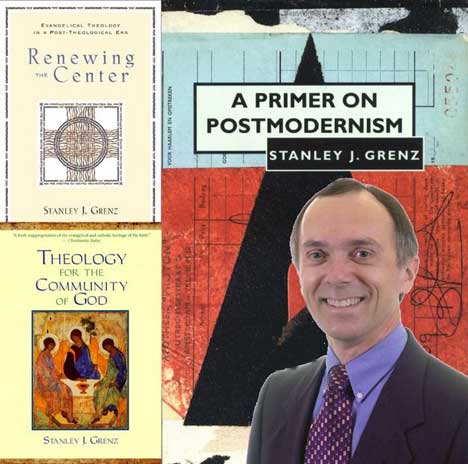 Primer on Postmodernism, 1996. The first chapter gives us the beautiful metaphor for modernism and postmodernism – Star Trek as a series. The first series – boldness and certainty. The second series – humility, subtlety and uncertainty. It’s on the list for this research blog.

Theology for the Community of God, 2000. An exploration of the challenges of doing theology, drawing on a wide range of traditions. I’ll be exploring this at some point at God Post.

Renewing the Center: Evangelical Theology in a Post-Theological Era, 2000. Here Stanley’s paving the way for a more ‘generous orthodoxy’ in which Christians can get over the polarisation between Evangelical and Liberal.

Rediscovering the Triune God, 2004. An exploration of trinitarian theology – forming the basis for a relational approach to Christian faith.

I’m glad Stanley managed to publish so much of his thinking. I’m sad that I won’t get the chance to meet him in person, or dialogue with him online, or see his ongoing development of theology.

The official site of Stanley Grenz is at http://www.stanleyjgrenz.com/