Microsoft promoted the XBox launch in Europe with a viral campaign, “Champagne”, in the lead up to the console’s release in March 2002. The campaign introduced potential gamers to the philosophy of XBox gaming, “Life is short. Play More”. 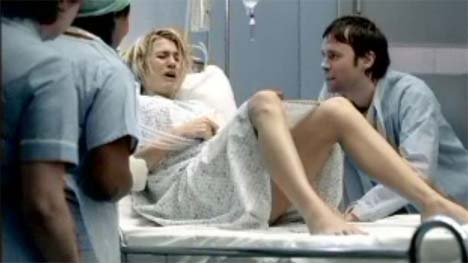 We start in a hospital maternity theatre where a woman is on the edge of giving birth. As she pushes, the baby flies out the window, the umbilical cord breaking in the process. In a plume of vapour the child flies through the sky over the city and countryside. Before our eyes the infant morphs to a pre-teen child. The boy opens his eyes and screams. He’s now older and covering his genitals for the sake of modesty. Now we see him as a young adult, still screaming. And now as a man in his thirties. Finally he’s old, still screaming and heading for the grave. The body smashes into the granite covered plot. We’re left with the words, “Life is short. Play More.” and the XBox web site, www.playmore.com (which by the way doesn’t work anymore).

Microsoft worked with advertising agency Bartle Bogle Hegarty (BBH London) in the creation of the campaign. Creatives Farid Mokart and Fred Raillard who now work with Marcel Paris were the minds behind the concepts of the ‘ages of man’ and mosquito ads. Other BBH staff included creative director John Hegarty and agency producer Andy Gulliman. 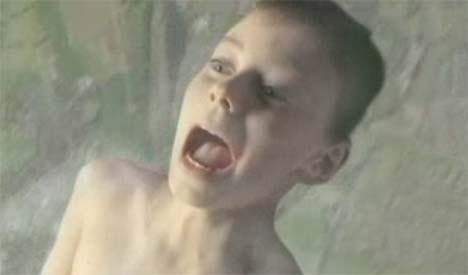 Seven actors, ranging in age from 9 months to 65 years old, were recruited for the 60 second ad. The actors were filmed in a series of motion-control sequences. Background plates were shot during helicopter flights over Essex – providing a 360 degree panorama for editors to work with. Digital particles, smoke and vapour were then added. For the final impact a dummy was repeatedly fired into a carefully dressed grave specially dug in Palewell Common in East Sheen, London. 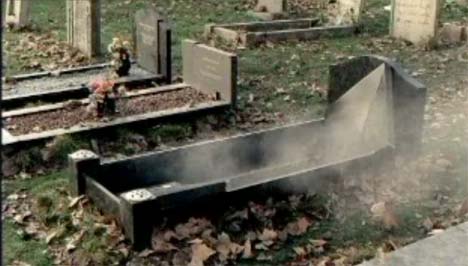 XBox Champagne spent a month in viral form before screening on televisions in March 2002. The ad was eventually banned from UK televisions in June 2002 after complaints to the Independent Television Commission about the violence of the sequence.

Shortly after the UK ban came the news that French filmmaker Audrey Schebat was issuing a lawsuit against Microsoft and its French subsidiary on the grounds that Champagne bore a striking resemblance to her short film, ‘Life’. The threatened lawsuit itself and its resolution don’t appear to have hit the news anywhere. Perhaps Microsoft settled out of court.