MzzD posted this week at Australia and Melting Pot Politics on the Tourism Australia advertising campaign, “Where the Bloody Hell Are You?“, suggesting that it’s working on the nostalgic yearnings of Baby Boomers.

“So retro-ozculture here we come. Just when the lucky country was almost escaped its ocker image,. The latest television advertising campaign to entice Australians to come to Australia features the final line of a young gorgeous girl on the beach asking Where the bloody hell are ya?. Sounds like a comment Shazza the stoned Ocker from local SBS comedy Pizza fame might be screaming at her equally ockerfied stoner boyfriend . It just doesn’t sound credible coming from the sweet young thing circa 1990s dispensing the line probably unbeknownst to most Yanks. It is more of a line to cheer the heart of the baby-boomer Aussie remembering the good old days when Australia was full of real Aussies, you know the type Tony Abbot likes, ones who don’t have foreign names or accents. Peter Costello, Tony Abbot and their like all seem to be suffering form of identity crisis and need to return to an outdated , outmoded era. Where are the these old antipodeans heading for, what are they trying to achieve?

This retrospective ockerism has recently been invading television advertising and is making a return to Australian popular culture it seems. It takes me back to the simpler life we led as kids in the seventies north of Brisbane or even further back to my sixty something mother’s youth. I am happy to leave the past where it belongs in the past. Women were still relatively powerless; a house quarter acre block was affordable in most parts of Australia; the dollar was stable; protectionism isolated Australia from the vagaries of the world economy; the white Australia policy had not long been dismantled; education had become accessible to all; multi-culturalism just rumour in federal parliament and Skippy ruled. It was an ideal time if that is what you are used to.” 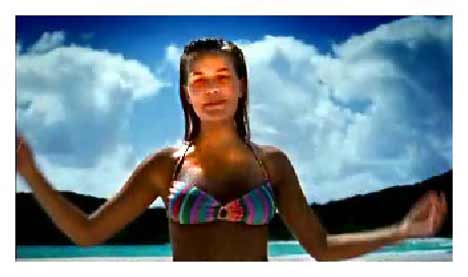 There is something disturbing about the advertising campaign. The scene featuring the Aboriginal dancers features a spokeswoman who looks more Italian/Greek than Aborigine.

I’d be curious to see how other Gen Xers and younger are responding to the ad. MzzD’s cynicism is tied up with a disillusionment with a swing to conservative values in Australian politics. Surely there are Baby Boomers who are likewise disturbed by such trends.