Boots, a British pharmacy chain, is promoting its summer range in the UK with an advertising campaign called “Get out there”. The campaign is built around a 60-second television advert that encourages people to make sure they are prepared for the unpredictable and short British summertime. 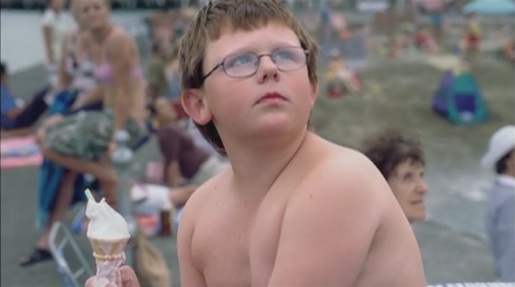 The ad opens with shots of people looking up into the cloudy sky as the sun starts to peek out from behind a cloud. A woman applies sun cream. Truck driver, school children wait for it. A middle aged man struggles to fit into his bathing trunks. Two balalaikas hesitantly begin their duet. As the sun comes out from behind a cloud, everyone drops everything. The balalaikas picks up the pace. Office workers rush out into the sunshine, tearing their clothes off and applying sun care products as they arrive on the sunny streets. Children on the beaches sprint into the surf while their mothers desperately smear them with sun screen. The golf courses and parks are inundated with summer hungry people as ice cream vans fill the roads. The summer rush ends as the sun disappears behind a grey cloud. An ice cream eating sun bathing boy looks up at the sky with disappointment. A man and boy shiver in the water. The middle aged man has just managed to get his trunks on but he’s too late.

“The great British summer. Blink and you’ll miss it. And Boots understand that we want to make every second count. That’s why they’ve created their sun shop which has everything we need from self tan to sun care advisors, to help us prepare for and make the most of our favourite if rather unpredictable season. Ask a sun care advisor for your safe sun plan and get out there.”

‘Summer Rush – Get Out There’ was directed for Mother London by Australian Garth Davis via Anonymous Content, with producer Karen Sproul. Director of photography was Los Angeles-based New Zealander John Toon.

Filming of the Summer Rush advert was done in Auckland, New Zealand, over seven days. Auckland’s weather was able to provide a combination of sunny and overcast skies. Some shots are accentuated with artificial lighting. The production crew and cast had to keep a flexible schedule that linked in with the climate each day. Location service was provided by Automatic Films, New Zealand.

Thanks to K8 for the tip. Music for the Boots Summer Rush ad is Zorba’s Dance, also known as Syrtaki, composed and performed by Mikis Theodorakis for the 1964 movie, Zorba The Greek.

One Reply to “Boots Sun Shop ready for Summer Rush”