One of the Old Testament lectionary readings for this week focuses on David’s defeat of Goliath, as found in 1 Samuel 17. Some denominations are following Job 38, God speaking in the storm.

Rana Mariem Ghassan is a Palestinian painter, a refugee living away from her homeland. Her most well known painting, David and Goliath, provides an insight into Palestinian resistance. The entire water colour is in black and white except for the stones which are in the colours of the Palestinian flag. It’s not clear who the other figures are, soldiers or fellow Palestinian youths. Neither is it clear whether the hope and future of Palestinians lie in the power of those rocks. 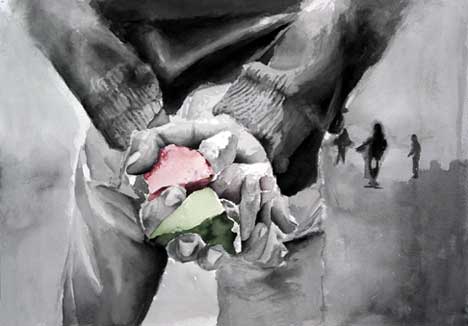 Michelangelo Merisi da Caravaggio painted two of the most well known depictions of David with the head of Goliath. What I’ve found fascinating about Caravaggio’s work here is the autobiographical element. Caravaggio was wanted for murder. He had killed a man in a brawl in Rome and was on the run from those who were calling for his arrest and execution. Here he has portrayed himself in the position of Goliath, a hint of his own sense of mortality. 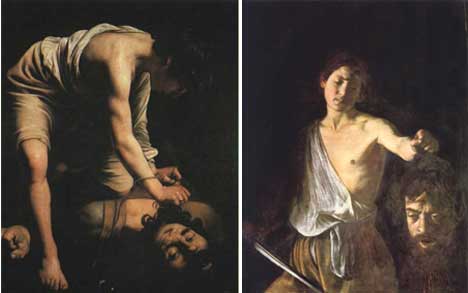