The Victoria State Government in Australia has launched a campaign featuring black balloons to remind consumers of energy of their capacity to reduce greenhouse gas emissions. The TV Ad features helium-filled black balloons emerging from a clothes dryer, filter coffee maker, central heating vent, television, lamp, electric fan, fridge/freezer, and air conditioner. Finally the balloons escape through to the outside, flying up into the sky. 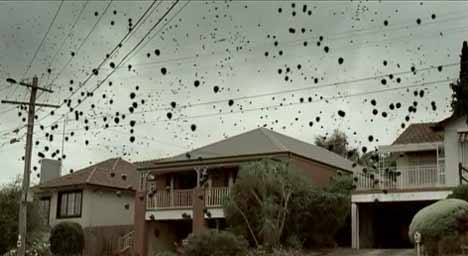 The voicover: “Each one of these balloons represents 50 grams of greenhouse gas. You can’t see it but you produce greenhouse gas every time you use energy. The average home creates two hundred thousand balloons every year, all adding to climate change. To save energy, money and reduce your impact on climate change use your power wisely.” The super: “You have the power. 1300 363 744 sustainability.vic.gov.au”

Minister for Energy Industries and Resources, Theo Theophanous and Minister for the Environment, John Thwaites launched the $1.5 million advertising campaign on Monday June 5. Mr Thwaites said that households accounted for 30 per cent of all emissions caused by energy use.

“Studies have shown that by the year 2070 Victoria’s average temperature could rise between 0.7 to 5.0ºC and this will have a serious impact on our lifestyles and the economy,” Mr Thwaites said. “Just a 2°C increase in the average temperature would mean more bushfires, more severe storms and a 7-35 per cent decrease in Melbourne’s water supply.

“Every day, the energy consumed by the average Victorian home produces 654 balloons or 33 kilograms of greenhouse gas,” Mr Theophanous said. “Research shows that people are concerned about climate change but don’t necessarily think they can do much about it.”

Research conducted in April found that:

The Sustainability Victoria web site encourages people to save energy by washing clothes in cold water, installing or topping up insulation in ceilings, switching off the second fridge, taking shorter showers, switching appliances off at the power point wherever possible, and setting the thermostat to 18-20 in winter and 26 in summer. 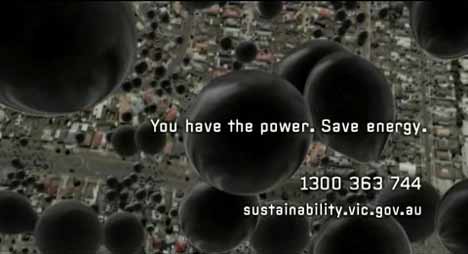