Australia is the latest country to host the Super Nipples television commercial made for the confectionery company, Perfetti van Melle. The ad, recently released on Australian televisions, features the antics of a young man whose nipples grow extraordinarily long when he sucks on Mentos Ice confectionery. 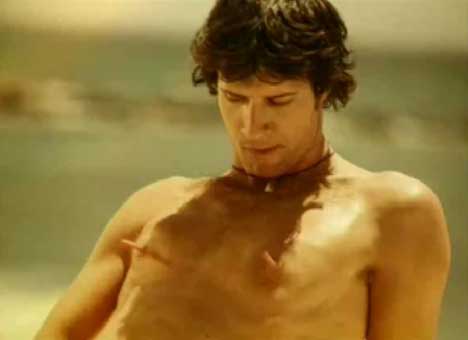 The young man, standing by the esplanade, takes a few pieces of gum and is stunned to discover his nipples growing like worms. A roller skating woman almost falls over as she passes the nipple-featured guy walking on the pavement. He attracts waves and whistles from woman by the esplanade. 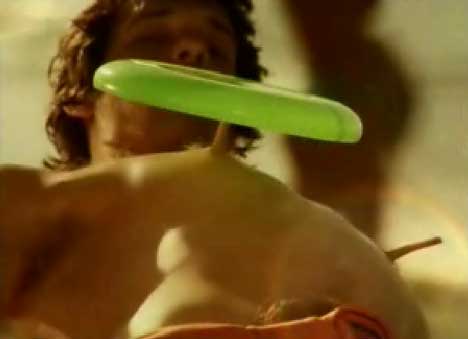 On the beach he catches a frisbee with his right nipple. He rattles his nipples on a fence. Talking to two lost tourists he uses his nipples to point to spots on a map.

As the sun goes down he hangs his sunglasses on his left nipple. Next thing he’s the DJ in a beach rave, encouraging dancers to wave their fingers around like super nipples. The final scene shows the nippled man in a lift, using his nipples to press the ‘open’ button as a young buxom woman approaches. He offers her a piece of gum and sends a knowing glance to the camera as the lift doors close. The tagline: Cool and Fresh – Ice Mentos

Stuart Alexander, Mentos distributor in Australia, clearly thought it was worth introducing the ad into Australia, despite the high likelihood that the Australian Advertising Standards Bureau will ask for its withdrawal. Juliette Toolin, Mentos Ice brand manager, told Brisbane’s Courier Mail that the ad was intended to be light hearted. “It’s simply a tongue-in-cheek and humorous way of telling people about our product,” she said. “We thought we might get some sort of reaction but we don’t believe this is offensive.”

The original ‘Super Nipples’ ad was made in 2003 to promote Air Action Vigorsol, a refreshing mint on the Italian market (A Blast of Fresh Air – Air Action Vigorsol). It wasn’t long before the ad was banned from Italian televisions. The campaign moved to other Perfetti van Melle products, including the Belgian confectionery, Frisk (Super Cool Frisk – Mean Little Mints).

Actor in the Super Nipples spot was Ben Graves, who has appeared as rock singer Mark Mitchell in feature film The Devil’s Music.

Filming was directed by South African director Erik Van Wyk, then at Harry Nash Films, with producer Amy Appleton-Smith and director of photography Ray Coates. The shot was filmed over four days in the Mediterranean beach resort of Marbella. Van Wyk is now represented by Independent Films.

The crazy nipples were prosthetics developed by animatronics specialists, Jim Henson’s Creature Shop, London. Each day Graves was fitted with a latex body suit that housed the nipple-control device. The nipples were controlled by Creature Shop technicians. 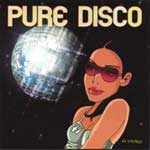 Music for the Super Nipples ad is “Movin’ and Groovin'” recorded by Danse X-Press on the album, “Pure Disco with a Touch of Funk”, released by LoveCat Music.

Pure Disco With A Touch of Funk at Amazon.com

24 Replies to “Super Nipples from Vigorsol Frisk and Mentos Ice”