I spent Friday at the Australian Bloggers Conference, held at Queensland University of Technology in Kelvingrove Rd, Brisbane. The conference was put together by Peter Black, a member of the staff in the ARC Centre of Excellence for Creative Industries and Innovation.

The conference opened with Peter Black’s questions, “Why are blogs becoming so ubiquitous?” and “What is unique about the Australian blogosphere?”. Panelists were Senator Andrew Bartlett, Duncan Riley and John Quiggan. Unfortunately, due to a business commitment, I missed most of the first session. Derek Barry at Woolly Days and Kate Davis at Virtually a Librarian have an excellent summary though. 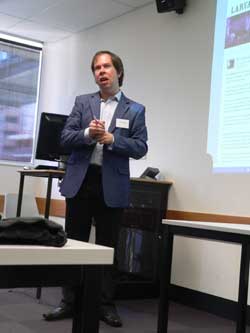 I attended the workshop on the politics of blogging, led by Mark Bahnisch, Andrew Bartlett, Brett Solomon (Getup!) and Graham Young (Online Opinion). Mark Bahnisch, blogging at Larvatus Prodeo, demonstrated for us what can happen when hierarchical online and academic pontification oozes into the supposedly egalitarian setting of a blogging community. There’s a big difference between a seminar with a time limit of an hour and an online experience in which many people can have their say at length without impinging on the say of others.

We got to see the power of the Getup! online community as we witnessed their appeal for advertising funding work in front of our eyes. (See my story at Duncan’s TV Ad Land). See Derek Barry’s summary and Joanne Jacobs’ post on this session. 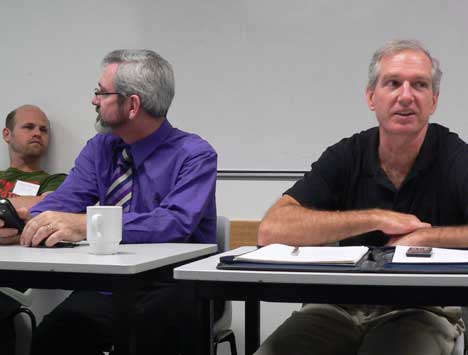 Over lunch we had the launch of Marett Leiboff’s book, “Creative Practice and the Law“.

The workshops I attended in the afternoon were focused on building a better blog (with Duncan Riley and Yaro Starak) and the future of blogging (with Dan Walsh of Kwoff.com). The latter discussion included some reflection on the impact of social networking sites and applications such as Facebook and Twitter.

Perhaps the most profitable part of the day was the networking over coffee and the evening spent at the Normanby Hotel networking with people like Des Walsh and Matthew Smith (Bogosity). It was great to meet up with Megan Bayliss from the Australian Carnival, and with Elliott Bledisloe at Creative Commons. Elliott and I were able to compare notes on the recent furore over Virgin Mobile’s use of Flickr images for their Are You With Us or What? campaign. 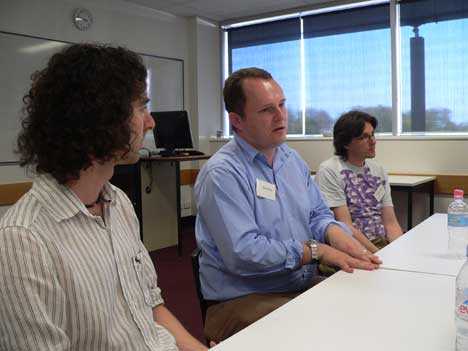 Believe it or not, this conference was absoultely free for participants. The facilities were provided by QUT. The other costs were covered by Microsoft Australia, and the two recently formed networking sites www.kwoff.com.au and Getup!

For more posts on the conference click on the Blogoz tag below.