Anarchist and Christian traditions have often shared a commitment to non-domination, creative cooperation and the equality of all people. Not often has either movement been associated with the other – but anarchist principles can easily identified throughout the Bible story and Church history. Last year a group of people from the ANZAC countries met in New Zealand to explore Christian Anarchism in our context and this year they’re meeting again – and it’s an open meeting! The annual conference of the South Pacific Christian Anarchists (SPCA) will be held in Brisbane, 22-24 June, 2007. 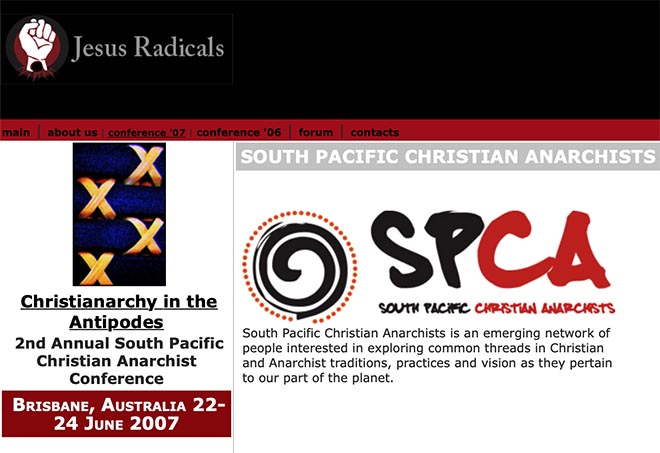 Sessions (subject to some facilitators not being in jail) are likely to include:

Indigenous expressions of anarchy and faith in Aotearoa: Graham Cameron, Urban Vision, NZ
Why anarchists can’t be missionaries: Manu Caddie, Pacific Centre for Participatory Democracy, NZ
Peacemaking at Pine Gap: Jim Dowling and Donna Mulhearn, Christians Against ALL Terrorism, Pine Gap
Christianarchy – Being the Change you want to see in the world: Dave Andrews, Waiters Union, Brisbane
Power With, Power From Within, and Power Over: Jason Macleod, Non-violence activist and trainer, Brisbane

Register your interest at www.anz.Jesusradicals.com 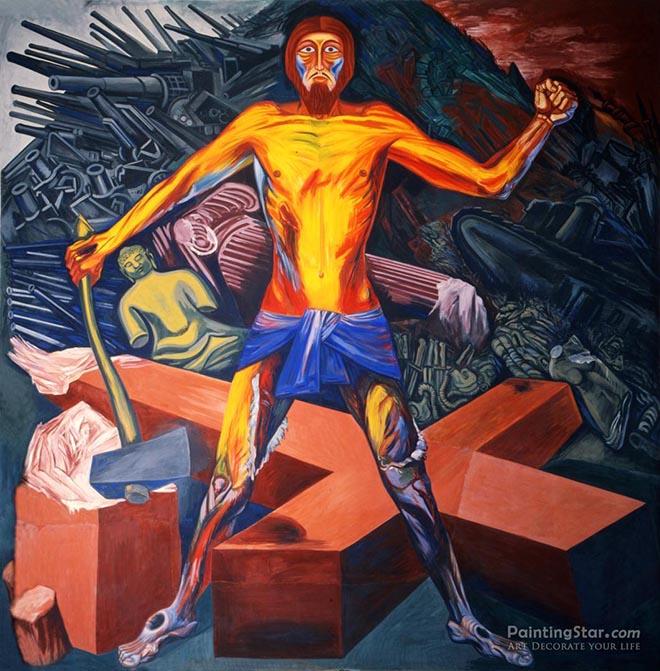 The painting included here Modern Migration of the Spirit, from a mural by José Clemente Orozco, a Mexican muralist who was concerned about the impact of war and industrialisation on Mexico.