Dove launched, Zebra Stripes, a television advert in the UK promoting “Dove Invisible”, showing a blind woman talking through her beauty regime. “I love getting ready to go out with my friends. Gives me a chance to relax and pamper myself. Therapeutic is the word. I always keep my deodorant on the left and my hair spray on the right. I’ve got that mixed up before and it’s not a very nice experience. I choose my clothes by how they feel and I think I’m going to wear this one tonight. I’ve got to be extremely careful with deodorant. In the past I’ve used stuff and ended up looking like a zebra. I put sellotape on the end of my eye liner so I don’t get them mix it up with my lip liner. I have gone out with black lips before. Most things I do by touch since I lost my sight. I don’t know why I use a mirror. Can’t see myself. Do I look fit?” The super: “Keep your black dress black with new Dove Invisible”. 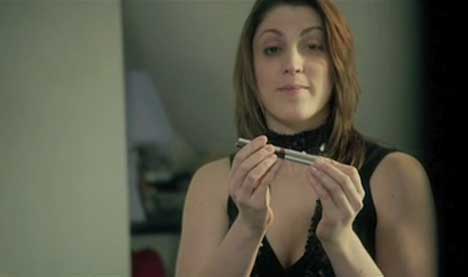 Click on the image below to play the Zebra Stripes video.

Benito directed Beauty Regime in November 2005, working with performer Sarah Caltieri. The advert won a silver award in the toiletries section of the British Television Advertising Awards and has been entered for several other industry awards by Ogilvy London.