Dove is continuing the Campaign For Real Beauty with the launch of Pro-Age, recently promoted in a TV commercial featuring four women in their fifties and sixties from Chicago, London and Berlin. The campaign is likely to capture the imagination of Baby Boomer women around the world, women who would now be between the ages of 47 and 62. The campaign features images of real women (meaning women who are not professional models), literally uncovering all of their age spots, grey hair and curves, demonstrating that women are genuinely stunning, at any age. The complication, though, is the reluctance of US TV channels to broadcast ads showing nudity on public TV. 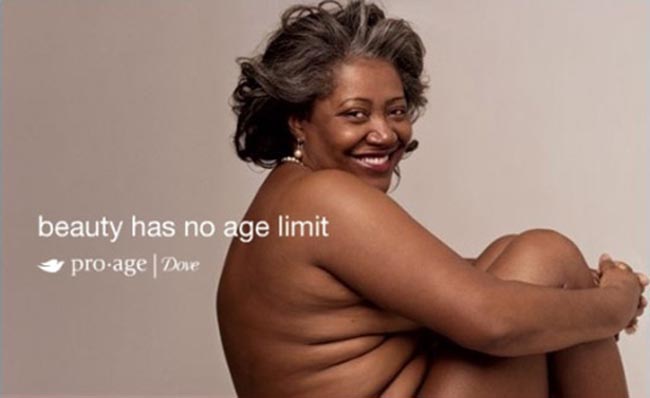 Mirinette Morrison, 54, mother of three, housewife and nanny from London.

The online ‘TV Ad’ shows still and moving shots of four nude women with the super, “Too old to be in an anti-aging ad.” The spot finishes with the rejoinder that this is not an anti-aging ad, it’s Pro-Age. The voiceover: “New Dove Pro-Age. Beauty has no age limit”.

The spot is online in Shockwave Flash format at www.proage.com and www.campaignforrealbeauty.com. A German version of the ad can be found at YouTube, using the words, “Zu Alt für Anti-Age Werbung”.

According to a recent Dove global study, nearly all women over 50 want to see a change in society’s view on women and aging. In addition, the majority of women believe that if media were reflective of the population, a person would likely believe women over 50 do not exist.

“Beauty Comes of Age” was researched and written by Professor Susie Orbach, sociologist at London School of Economics and Political Science.

“Dove seeks to create an attitudinal change in the anti-aging category – from negative and fear-driven to affirmative and hope-driven,” says Kathy O’Brien, Dove Marketing Director. “Pro-age is about looking great for your age.”

“I never thought about the implications of anti-aging until the suggestion of the Pro-Age line,” says Athena Uslander, a 51-year-old specialty bakery owner (Silverland Desserts) who is featured in the campaign. “Now I think anti-age means that you are constantly fighting this natural phenomenon of aging, whereas pro-age is a much more subtle way of dealing with the same process – making your body work with aging in the best way possible. We are, after all, children of the 1960s, a generation determined to achieve anything. It really is time to change the limited view presented by the media and I’m proud to be part of it.” 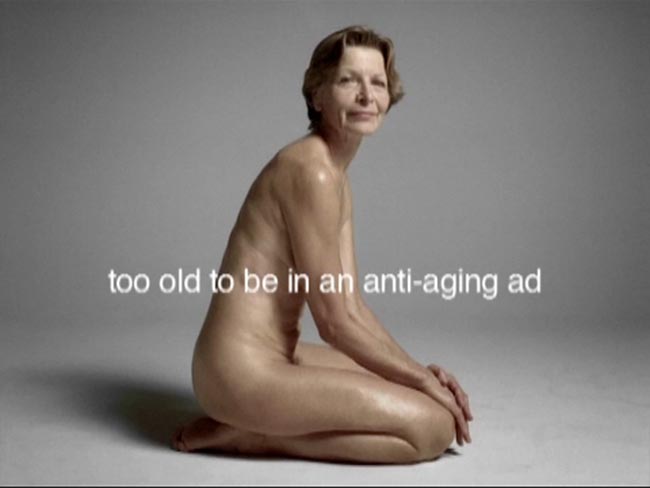 “Women over 50 are doing things today that previous generations never thought possible,” says Dr. Nancy Etcoff, Harvard University. “They are mothers of young children, CEOs of major companies, and students going back to school for advanced degrees. It is time for society to catch up with this new generation.”

Contrary to societal standards, this new breed of financially independent and socially active women shares the Dove pro-age philosophy that beauty has no age limit. 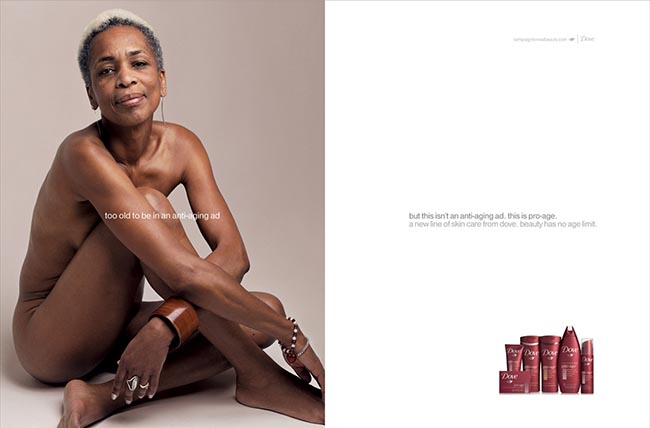 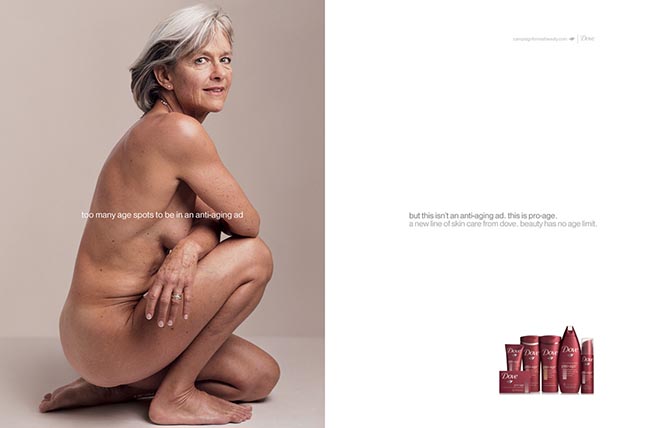 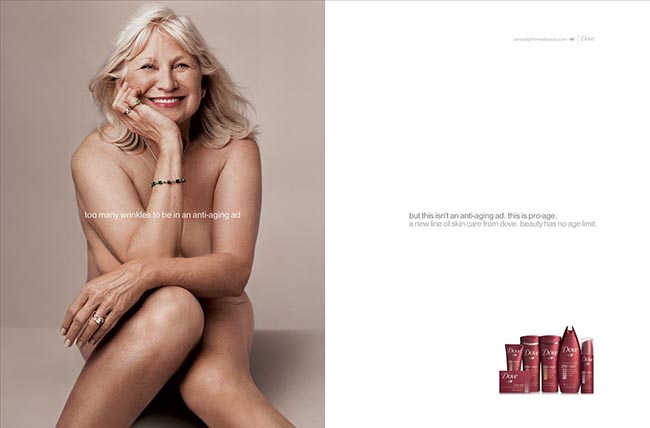 The Pro-Age photography campaign, including video and print advertisements, is being photographed by internationally renowned photographer, Annie Leibovitz, an over-50-year-old woman herself.

Media was handled by MindShare.