Georges Rouault, French expressionist artist, (1871 – 1958), painted “Crucifixion”, Mixed media on paper and canvas, some time in the 1920s. This is part of a series of paintings focusing on the life and death of Jesus. 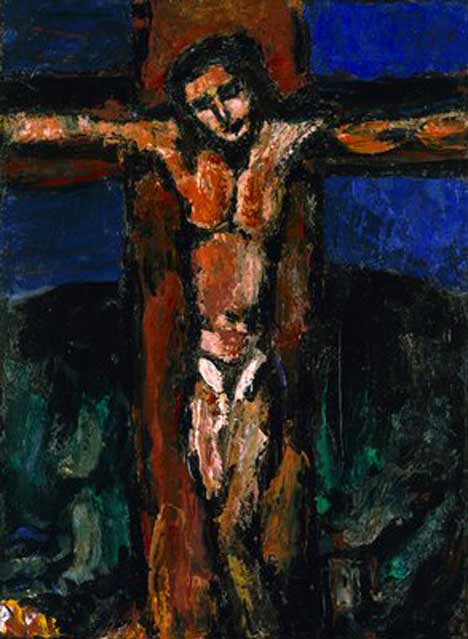 The painting has been in the care of the Minneapolis Institute of Arts since 1955.

The painting was probably bought from Rouault by Parisien Ambroise Vollard who died in 1939. It is likely that the painting was sold by Vollard’s brother to art dealer Martin Fabiani. The painting was bought by the P. D. McMillan Land Company in 1953 and given to MIA on July 14, 1955.

The painting is featured on the cover of Stephen Finlan’s book, “Problems with Atonement“.