The Yellow Pages Goggomobil advertising campaign is regarded by many as one of the classic icons of Australian television advertising. In 1992 the Australian public were introduced to a car fanatic with a Scottish accent (played by Tommy Dysart) looking for help with his Goggomobil vehicle (not the Dart). The campaign, developed by George Patterson, showed the home mechanic using the Yellow Pages and a phone to track down anyone who could help him fix Fritz his Goggomobil. A second ad was made in 1998 and played after a gap of two years. 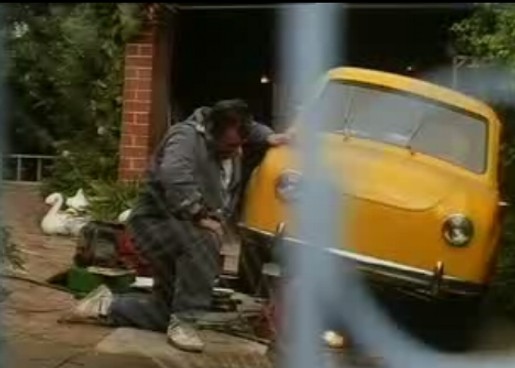 Dysart followed up the Goggomobil campaign with an appearance in an ad for Mobil (using the same persona with permission. In the early 2000s he carried the persona into an ad for Shannons Insurance, this time without permission. Telstra challenged the campaign in the Supreme Court, forcing Shannons to withdraw the advertisements and amend new ads to make it clear that this was a new character.

The Goggomobil microcars, originally built in the German town of Dingolfing by Hans Glas after World War II, were also assembled in Australia by Bill Buckle. See the Goggomobil People.