Smirnoff‘s new product, “Raw Tea”, is at the centre of an incredibly popular viral music video, “Tea Partay” gone wild on YouTube. Diageo, the distributor of Smirnoff, has launched “Raw Tea” in three flavours, focusing on the East Coast first. With that in mind, BBH New York, the brand’s first advertising agency, decided to hone in on the iced tea culture of New England. The budget prevented investment in saturated television advertising. Besides, the young adult market were more likely to relate to an online viral campaign that was high on entertainment and low on hard sell. The spoof music video features three male “prepsta” (Prep Gangstas) rapping about the social lives of young preppies who use Smirnoff Raw Tea on the South Wing verandah. The chorus line, “Partay” is sung by three Preppie women. Wearing pastel colours, the rappers tell it like it is for privileged wealthy East Coasters. The 2 minute music video ends by inviting viewers to a microsite, teapartay.com, where Smirnoff Raw Tea is described as tasting like new ryhmes laid on a classic track. “Its straight up natural raw tea flava blends nicely with a triple filtered premium malt beverage for an incredibly smooth and refreshing taste.” 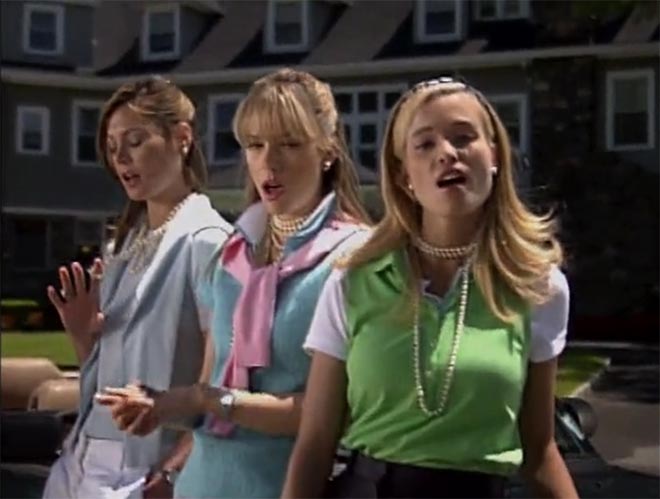 From all accounts the Smirnoff Raw Tea brand has started to pick up demand on the East Coast, despite the lack of clear information about the product in the ad or on the web site. Retailers on the West Coast are reporting requests for the product as well. 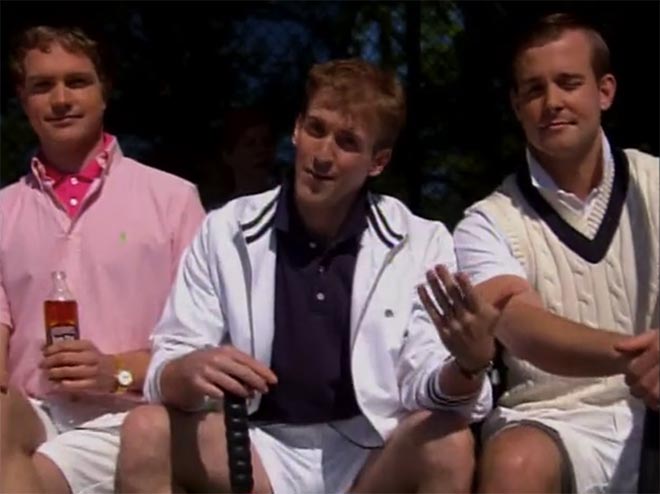 Visitors to the site are provided with zipped versions of the music video in Windows Media and Quicktime formats, along with the opportunity to browe through a flash-based 12 page guide to Prepsta culture. The pages in the book are small and the text is difficult to read. The version uploaded to YouTube by Iamigor, on August 2 2006, has today been viewed by 2,045,285 people. That’s not counting the versions uploaded since then. And then of course there are a few spoofs uploaded in response.

Diageo has since moved the Smirnoff Raw Tea account to JWT.

Editing was done by Crandall Miller at The Whitehouse, with assistant editor Kim O’Donnell and editorial producer Lauren Hertzberg.

Thanks for the help from commenters in filling the gaps.

Yo yo where my WASPs at?
M V Martha’s Vineyard

Holla back
Tell Buffy to chirp me

Sip sip
Yo!
Straight out of Cape Cod
We’re keeping it real
We’re going to have a party makes the ladies squeal
We’re going to turn it on
with our parents’ riches
We’ll serve Smirnoff raw tea and finger sandwiches

High tea in the palour makes the ladies holla