Chinese shoe manufacturers, Stella Luna, launched their autumn/winter catalogue with a print advertisement campaign, “Noble Ladies”. It’s now a year since Stella International branched out from making products for other companies, such as Prada, opened their own outlets and marketed their own brands. 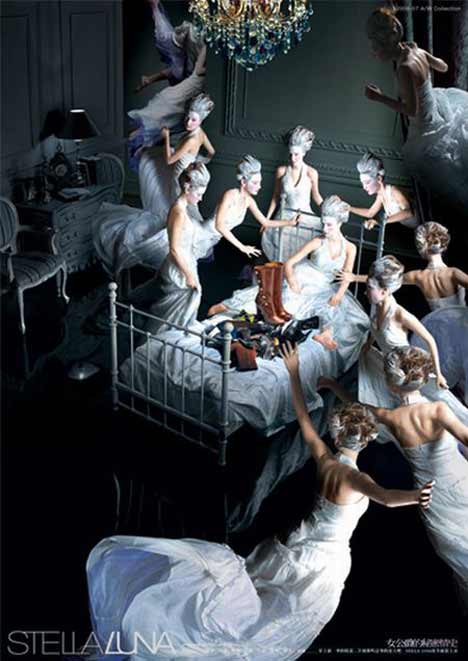 Stella will have to work hard to live down the shadow surrounding the working conditions of its workers in previous years. In April 2004 a number of striking workers were sent to prison under charges of intentionally destroying property. They had been protesting the company’s reduction of wages and hours without adjusting work output expectations. On December 31 the workers were released. 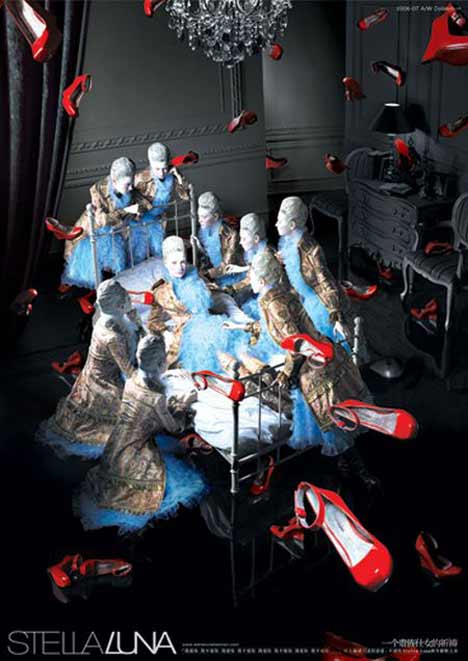 14 Replies to “Stella Luna Noble Ladies and their shoes”