Australian beer VB (Victoria Bitter) has come up with the solution to climate change – the VB taste crammed into a cold mid-strength beer. VB, the ad says, is the best cold beer under the sun, which is a good thing when most beers evaporate out of the glass. Australian stereotypical male obsessions are combined: beer, barbecues, boobs and boats. Throw in a bit of extreme drought and sunburn, along with a chimpanzee, and you’ve got an Australian classic with a touch of the exotic. 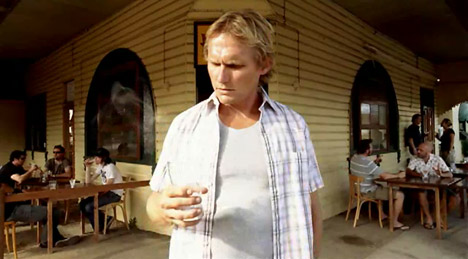 Filming was directed by Tim Bullock via Prodigy Films, with producer Samantha Mead and executive producer Jonathan Samway and director of photography Keith Wagstaff. Editor was Tim Parrington via MRPPP. Post production was done at Iloura. Sound was designed at Flagstaff Studios, Melbourne. 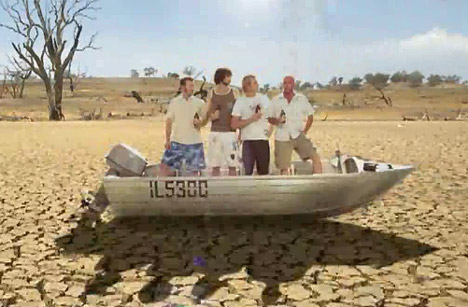