Ford in Canada is promoting the human side of its cars with a TV advertising campaign focusing on the ‘Human Car’. Dancers, with just windscreens, fenders and wheels, work together to become dark blue Ford cars. 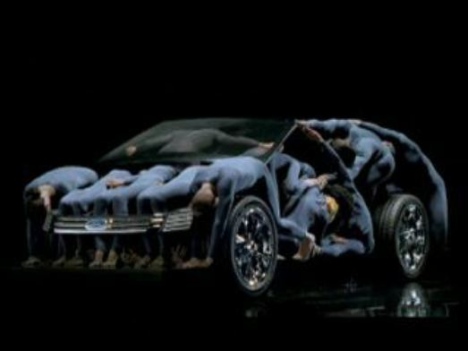 “Your world is in constant motion and every day can be anything. Today is like nothing that’s ever been before. Today you can drive a low impact highly recyclable car. Today you can talk to your car and it will respond to your voice. Today we are designing the cars and trucks you are going to want tomorrrow. Everywhere you go, everything you do, you are the inspiration because a car is just a car until it is powered by you.”

Dean Stoneley, director of communications, Ford of Canada, says, “We’re doing something fairly unique here. This is a car commercial without a car.” Helen Jackson, marketing communications director with Ford said, “The idea behind the campaign is really that the consumers are our inspiration. They are behind the vehicle, why we build the vehicle”.

Filming was directed by Outsider director Jorn Threlfall via Blink Pictures, Toronto, with director of photography Ian Foster and producer Benji Howell. Threlfall is known for his earlier work on Hyundai Shapes.

Editor was David Baxter at Panic & Bob. Post-Production was done at Crush, Toronto. Sound was designed at Vapor Music, produced by Roger Harris. Music was orchestrated and arranged by Gerry Mosby.

Behind the scenes
Click on the image below to play the video.

The dancers in the Ford Powered By You ad are from Connecticut Dance troupe Pilobolus, led by cofounder and artistic director Jonathan Wolken, and creative director Matt Kent. Pilobolus are hosting the Ford commercial in 15 sec, 30 sec and 60 sec quicktime videos. 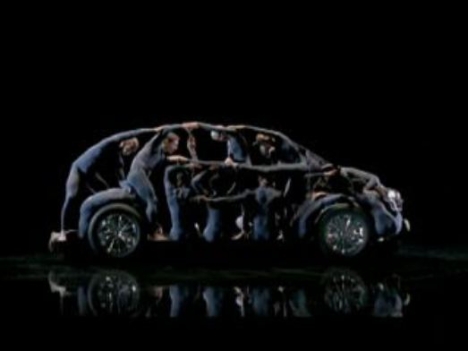 7 Replies to “Ford Human Car Powered By You”