Kellogg’s All-Bran is the food of choice for this construction worker who is keen to do something about becoming more regular. Behind him runs a series of events that demonstrate on a large scale the doings he has in mind. Look out for a fire on the first floor, a falling pylon, a hose, buckets, barrels, a drop chute and a dump truck. 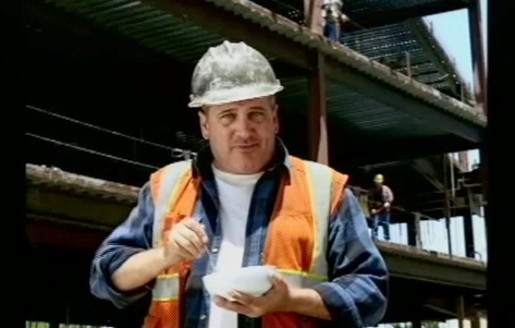 Click on the image below to play the All Bran Construction video.

Music is “The La La Song” by Extreme.