Air New Zealand has launched “Summer Wonderland”, the Christmas 2016 commercial featuring Irish singer Ronan Keating and rising Kiwi acting star Julian Dennison. Julian (Hunt for the Wilderpeople and Paper Planes) collaborates with Ronan in and out of the studio to record a uniquely Kiwi take on “Walking in a Winter Wonderland”, rewritten to celebrate the magic of a Southern Hemisphere Christmas. Ronan starts off in the studio wrapped in a warm woollen sweater, watched by two Air New Zealand staff. Julian, in the mixer’s seat, constantly interrupts with suggestions for new lyrics. The final straw for Ronan is adding “snoozing on a competitively priced Air New Zealand sky couch”. The action moves outside where Ronan has discarded the winter woollies and picked up an out-of-tune guitar. The collaboration moves to a much more equitable songwriting partnership. The lyrics, sheet music, mp3 recording and video are all online at airnzchristmas.co.nz. 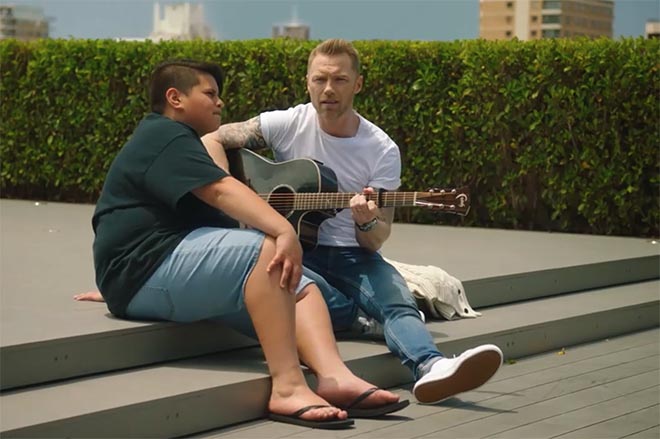 Air New Zealand’s General Manager Global Brand and Content Marketing Jodi Williams says the homegrown lyrics will remind local audiences of the moments that make a Kiwi Christmas, while the song also sends an enticing message to prospective visitors around the world. “The idea of sleigh bells and snow doesn’t really resonate for us in the Southern Hemisphere so we wanted to have fun with the concept of carol equality and come up with a song we Kiwis and Aussies can relate to. We hope the video will not only spread festive cheer but will also stand out against more traditional Christmas advertising, inspiring travellers to come down and see you don’t need winter to enjoy our wonderland.” 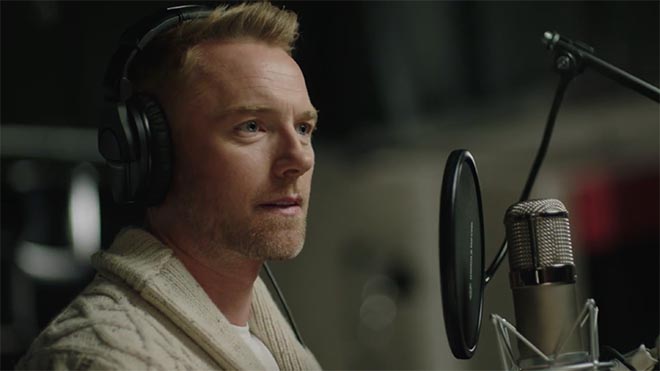 Ronan Keating says that while he and Julian Dennison are an unlikely duo, they had plenty of laughs recording the antipodean remix. “I’m a big fan of New Zealand, both the country and the people and also of Air New Zealand. I love their humorous on board safety videos and of course, the great inflight experience. Working with Julian was a breeze – he’s an absolute legend, incredibly professional, and to top it off, he can definitely sing.” 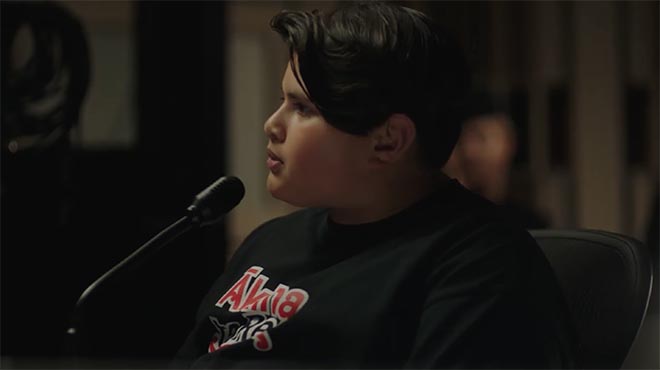 Teenager Julian Dennison plays the part of Ronan Keating’s producer in the video and says even though he was in awe of the music legend, their jam session was one of his career highlights. “My job in the video is to sell Ronan on the idea of a sunny outdoor Christmas – the kind of day I’m looking forward to sharing with my family, jamming on the guitar or ukulele and chillaxing. For me Christmas is about getting people together and in the groove, so what better way to celebrate than to cut a track on why a Kiwiana Christmas is epic.”

Talent integration was by Bring.

Filming was shot by director Craig Melville via Jungle with producer David Curry.

Sound and music were produced at Song Zu by arranger Nathan Cavaleri and mixer Simon Kane. Lyrics were written by Bob Mackintosh and Jon Austin. The original song was released in 1934 by composer Felix Bernard and lyricist Richard B. Smith.