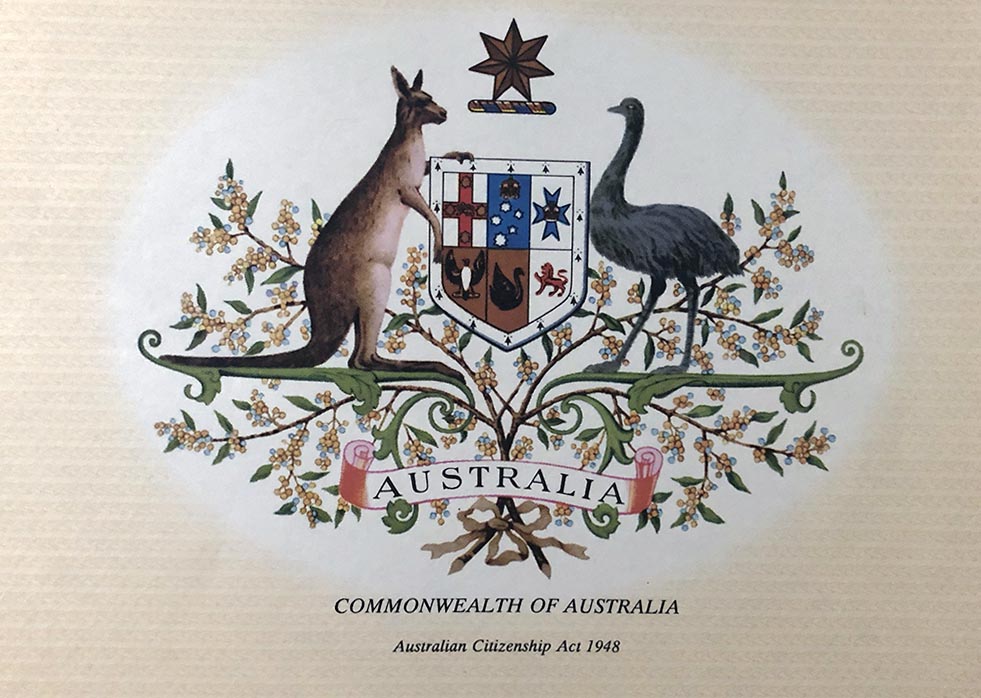 I am intrigued by the visceral response many of my fellow citizens have to Tanya Plibersek’s suggestion this weekend that Australian children learn about the pledge of commitment.

On January 26 2007 I stood with people from around the world, and with my family took the pledge of commitment as a new citizen of Australia. The process of becoming a citizen involved learning about rights and responsibilities, such as voting in federal, state and local elections, taking part in the country’s legal system, potentially serving on a jury, working as a public servant. Taking the pledge of commitment included respecting the rights and liberties of others, and upholding the laws of Australia and its people. Responsibility as a citizen included questioning, challenging or working to change unjust laws and practices. And it also went with a sense of being part of the global community. I was able to vote in the 2007 elections. And I’ve been given access to educational opportunities as a citizen of the Commonwealth of Australia.

It makes sense to me that anyone growing up in Australia would be given opportunity to learn about how laws are made, how people participate in shaping their country’s future, and how their commitment to the country they live in goes alongside their sense of being a global citizen. As a teenager growing up in New Zealand in the 1970s, I was introduced to civics and civil participation in high school. I learned about the way democracy works, about the nature of social control and ways in which we all take part in shaping our country’s laws. At school, and at university, I learned about the difficult and flawed beginnings of New Zealand as a nation, and considered ways in which bicultural and multicultural partnerships might be realised. I am still proud to be a New Zealand citizen, but know that the country of my birth has a long way to go in being a country that lives up to its aspirations.

Reading the responses to Tanya Plibersek’s Twitter feed, I get that people definitely do not want to see Australian schools replicate the daily recital of the Pledge of Allegiance to the USA Flag and the Republic of the USA in American public schools. I get that calls to uphold and obey Australian laws seem problematic while we’re having an ongoing debate over the nature of Australia Day in relation to invasion and genocide. And yes we definitely need to be engaging in rethinking our national response to climate change. I understand that we don’t want to embrace a fearful, jingoistic “Make Australia Great Again” approach to the world. However the “F**k the Government and its laws” approach has the potential to take us further down the tracks of cynicism and complacency that have been laid through much of Australia’s history. The rejection of anything that looks like belonging together as a nation leaves a vacuum that is too easily filled by rigid borders, fear and distrust of foreigners. We don’t have to reject allegiance to one another to work together for a better society. Commitment and responsibility as citizens includes civic engagement and, at times, civil disobedience.

“From this time forward, (under God ),
I pledge my loyalty to Australia and its people,
whose democratic beliefs I share,
whose rights and liberties I respect, and
whose laws I will uphold and obey.”

The oath of allegiance, to the current reigning monarch, is taken by members of Parliament and those serving in the Armed Forces.

Tanya’s comments on the Pledge of Commitment and patriotism

“Every Australian school student should learn this, and think carefully about what it means. It’s an elegant expression of what it takes to be a good citizen – of the rights we hold and the responsibilities we owe.  Contrary of what some people seem to think, patriotism is not about exclusion. It’s not about policing the boundary of who does or doesn’t count as Australian. Patriotism, like mateship, is about solidarity. It’s about what we owe each other as citizens. Patriotism is the knowledge that we’re not alone in this life; that our neighbours are there to share our struggles; that we have 25 million people in our corner when we need it. To love your country is not to assume it’s better than others. Patriots don’t need to feel superior to feel proud.”