Sandy Hook Promise’s Back to School Essentials PSA has won the Primetime Emmy for Outstanding Commercial. The public service advertisement, launched across the USA in September 2019, starts off as a familiar back-to-school sales promotion but slowly unfolds to highlight students using everyday back-to-school items to survive an outbreak of gun violence. Sneakers, skateboards, scissors, staplers and phones are presented as the essentials for surviving a school shooting. The Back to School ad shines a light on anxiety young people and their parents experience as they face the risk of ongoing classroom and campus shootings. Shocking? Yes. Deliberately so. 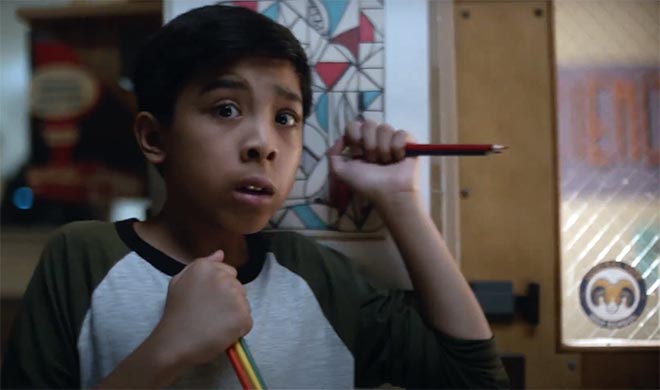 Sandy Hook Promise, the organisation that grew out of the mass shooting at Sandy Hook Elementary School on December 14, 2012, has an ongoing campaign focusing on preventing repeated shootings in American schools. The Know the Sign program teaches students and adults to recognize warning signs and threats that often precede an act of violence or self-harm, along with the steps to properly intervene and get help before violence occurs. It is documented that 80 percent of school shooters told someone of their plans prior to taking action – yet no interventions were made as the signs were overlooked, misunderstood or not taken seriously.

For many adults, the school year is a relatively carefree time of innocence, excitement and growth. But for children, returning to school increasingly means a “new normal” of fear, anxiety and stress caused by gun violence: 60% of American teenagers worry about a mass shooting at school, 96% of public schools participate in active shooter drills and 4.1m students went through a real lockdown in 2018.

In conjunction with the PSA, SHP also provides a downloadable brochure that highlights many of the warning signs to help students and adults recognize them when seen. This Know the Signs brochure is available at www.SandyHookPromise.org.

A custom Snapchat lens was created to re-enact a day-in-the-life of a student life moments that allowed users, young and old, to understand what it was like to fear school shootings on a daily basis and spot the signs of a school shooter. 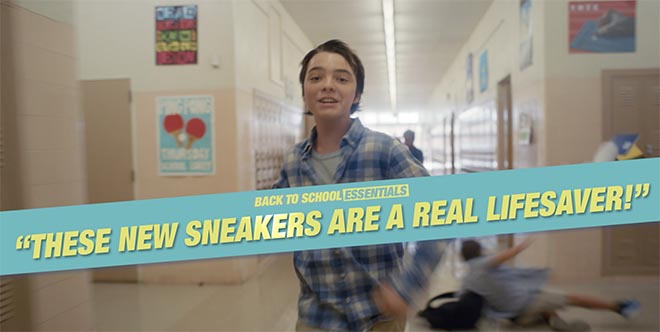 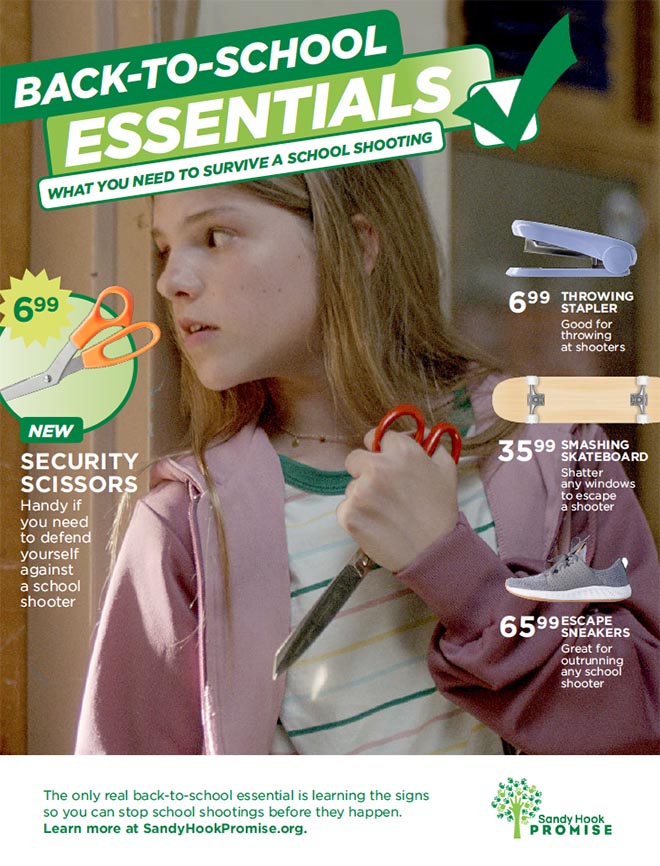 “So far this year there have been over 22 school shootings, and with students heading back to school, it seems sadly probable that we will see more incidents. This is unacceptable, given that we have proven tools to prevent these acts from occurring. We cannot accept school shootings as the new normal in our country. Our goal with this PSA is to wake up parents to the horrible reality that our children endure. Gone are the days of viewing back-to-school as just a carefree time, when school violence has become so prevalent. However, if we come together to know the signs, this doesn’t have to be the case. I hope that parents across the country will join me to make the promise to stop this epidemic,” said Nicole Hockley, co-founder and managing director of Sandy Hook Promise and mother of Dylan who was killed in the Sandy Hook School shooting.

Back To School Essentials Credits

Casting was by Doreen Frumkin.

Media was handled at PHD Media.