In honour of Fathers’ Day in Australia here’s a third TV ad on the theme fathers and their children, from Telecom New Zealand ‘s “Keep In Touch” campaign. Saatchi & Saatchi Wellington made this ad for Telecom NZ in a bid to take the former telecommunications monopoly from commodity to a company with feeling and connection with human experience. 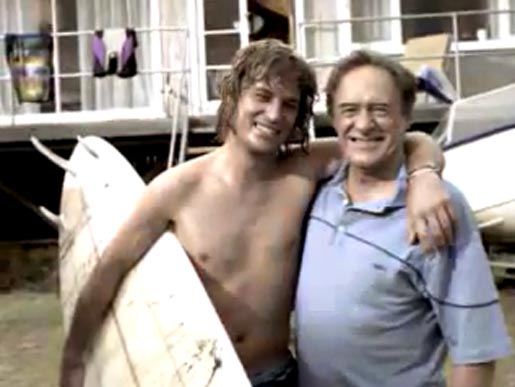 The music behind the Saatchi & Saatchi Wellington campaign reveals the emotional power of the ad. When the creatives put their images together they knew that the ideal song was “Father and Son” by Cat Stevens, popular as a folk singer in the 1970s. Only problem was that Cat Stevens had converted to Islam in 1977, changed his name to Yusuf Islam, moving away from the popular music industry. Up to now he had resisted use of his music in the advertising industry. But after seeing the imagery and reading a passionate plea from the creative team, Yusuf faxed through his response, “Yes”. He later approved the use of his song “Where do the children play” for a follow up ad in the same campaign.

I was once like you are now,
and I know that it’s not easy
to be calm when you’ve found something going on.
But take your time, think a lot,
why, think of everything you’ve got.
For you will still be here tomorrow,
but your dreams may not.

Kevin Roberts, NZ-based CEO of Saatchi & Saatchi Worldwide and author of “Love Marks”, always finishes his presentations to audiences with the Father and Son advertisement. He says, “In Dubai, Denmark, Los Angeles, London, New York, Sao Paulo, Barcelona, and Sydney, the response never varies. People feel this spot is talking to them personally.”

Where do the Children Play?

Ivan and Stefan, on different sides of the Iron Curtain, are united by a love of play.

Click on the image below to play the Where Do The Children Play video.