A flippant ‘Come On Aussie’ video from www.scrumbags.com.au to encourage Wallaby supporters looking forward to the Rugby World Cup. Somehow the video manages to find ways to mock Wales (mixing them up with the French), Japan (mixing whales with Wales) and Canada (asserting that George W Bush is Canada’s leader). When it comes to New Zealand it’s patronising ridicule all the way. 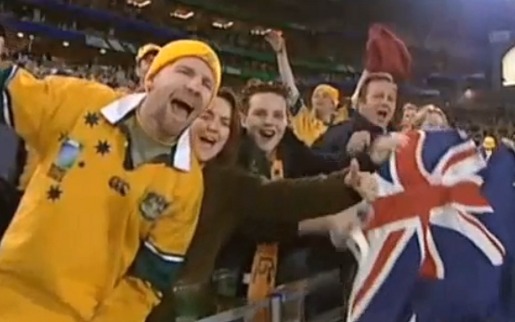 END_OF_DOCUMENT_TOKEN_TO_BE_REPLACED

The news today has made much of the Prime Minister’s office computers being used to remove the words, “AKA Captain Smirk” from Peter Costello’s page on Wikipedia. Defense computers are about to be banned from editing other posts. Commentators are concerned that the government is re-writing history.

Wikipedia protocol makes it clear that any persons featured on the online encyclopedia have the right to remove derogatory remarks made about them. The etiquette also calls for a shared perspective to be developed by those editing each page. “POV” (point of view) is edited out by the Wikipedia community, allowing the content to evolve as a set of commonly held perspectives.

Behind the scenes of every Wikipedia article are layers available only to people who are registered as Wikipedia editors.

On the ‘talk page’, a forum for those who are working on the content of the Peter Costello article, writers grapple with suggestions that Costello could be described as a ‘radical Christian’, may or may not have been a member of the Young Labors at university, had ‘some’ involvement in the dollar sweets prosecution, has been rumoured to have cancer, and has made dismissive comments about the calls for gay marriage. It is noted that this page is about an active politician who is running for office, is in office and campaigning for re-election, or is involved in some political conflict or controversy. Because of this, this article is at risk of biased editing, talk-page trolling, and simple vandalism.

Due to the interest the page is getting, the Peter Costello entry has been temporarily locked. After all, putting in and taking out the words “AKA Captain Smirk” does get boring after a while. 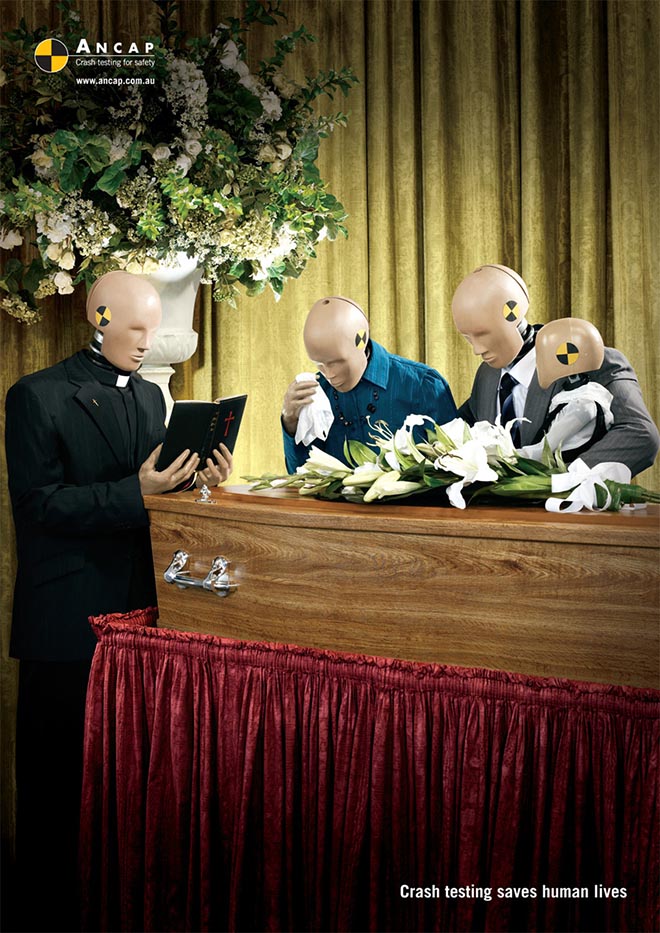 END_OF_DOCUMENT_TOKEN_TO_BE_REPLACED

Mercedes Benz sponsorship of Formula 1 is celebrated in this television commercial featuring Fernando Alonso, Lewis Hamilton and Mika Hakkinen, airing on popular public and private TV channels in Germany, Spain, and the UK. The two racers drive back to their hotel in a Mercedes-Benz C 63 AMG and a CLK 63 AMG Black Series, Hamilton is momentarily distracted by an attractive woman who happens to be passing by. Alonso quickly takes advantage of the situation and leaves his surprised colleague behind at a traffic light. 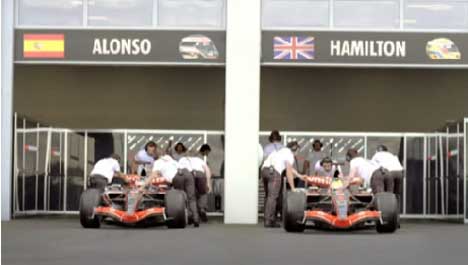 END_OF_DOCUMENT_TOKEN_TO_BE_REPLACED

Goodman Fielder has launched a new TV ad for Helga’s, using archival footage from 1961 to highlight the bread’s Italian heritage. An Italian voiceover is given English subtitles such as “Is the bread Helgas?, Of course the bread is Helgas.” 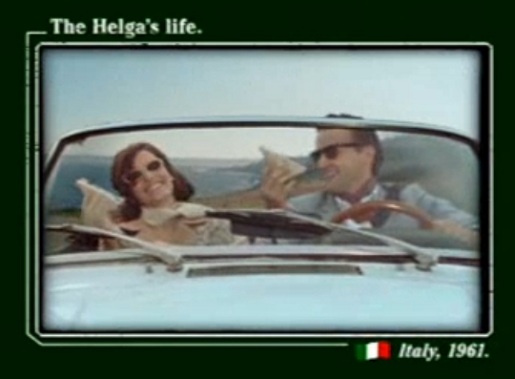 END_OF_DOCUMENT_TOKEN_TO_BE_REPLACED

Jeep has a brand campaign with the tagline, “Have fun out there. Jeep”, online at havefunoutthere.com. Outdoor ads show Jeep as the ‘Fun on Wheels’ brand, linking the vehicle with items such as a soccer ball, picnic basket, camping tent, fishing lure, kayak, snowboard, surfboard and inner tube on wheels. 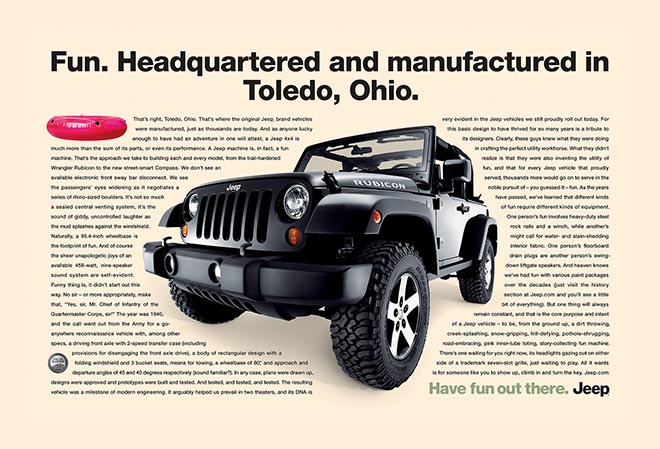