Happy is the man who doesn’t give in and do wrong when he is tempted, for afterwards he will get as his reward the crown of life that God has promised those who love him.
James 1:12

My tempations have been my masters in divinity.
Martin Luther 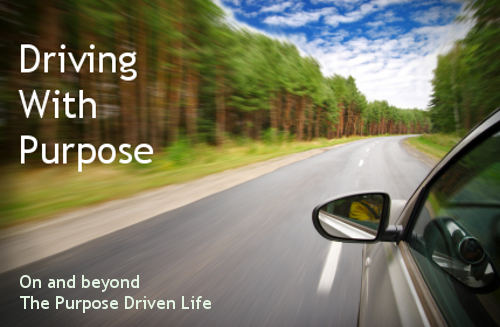 Rick’s first key sentence for the Day 26 of The Purpose Driven Life, Growing Through Tempation

“God develops the fruit of the Spirit in your life by allowing you to experience circumstances in which you’re tempted to express the exact opposite quality.”

Rick gives us Satan’s predictable four-point pattern of temptation, based on the story of Adam and Eve. Desire, Doubt, Deceipt, Disobedience. Hey I didn’t realise that Satan was a modernist stickler for numbered plans of action, with each step starting with D in the English language.

Desire. Satan identifies a desire inside of you.
Doubt. Satan tries to get you to doubt what God has said about the sin.
Deceipt. Satan deceives us into believing his replacement of God’s word.
Disobedience. We finally act on the sin we’ve been toying with.

Some cynicism aside, there is a recognisable pattern here – recognisable because it plays over and over again as we find ourselves acting against our better judgment. Action starts from within, not from some outside force. The doubt and deceipt parts of this scheme are faced by addicts of all sorts as they struggle with the temptation to re-engage with their addiction.

I’m not a person who looks for the work of the devil every time something bad happens, or every time some one is tempted. We don’t need any supernatural intervention for us to succumb to destructive patterns of thinking or behaviour. However I believe there are times when it appears that Satan attempts to twist our perception of events.

I was preparing for a worship service last year when I noticed that key people in the church were starting to get gnarly. One woman, normally with a heart of gold, comes in angry and cynical. It turns out she’d offered to help a guy on the street and he’d responded by attempting to grab her bag. Another key leader walks in cursing and threatening to shoot homeless people. I immediately gathered these people together and prayed with them, helping them clearly resist the temptation to succumb to fear and hostility. We called on the power of God to overcome evil.

1. Refuse to be intimidated.

Martin Luther reputedly said, “You cannot keep the birds from flying over your head, but you can keep them from building a nest in your hair”. Just as I wrote this sentence, a giant moth flew in through the door. And out again. That’s how it is sometimes with desire. You can’t predict when it will appear.

I’m not with Rick on his explanation of the origin of evil thoughts. He recommends that readers not condemn themselves when they have bizarre or evil thoughts – they come from Satan he says. I think that assigning blame to Satan leads us to a naievity about our own emotional complexity. Hurts and hopes are part of being human. The reality we face is that our hopes and hurts can become distorted and lead us to destructive behaviour.

It is clear, reading through the Bible and exploring the lives of Jesus-followers, that we are all complicated beings capable of the best and the worst of thought and behaviour. Even in the middle of noble gestures and intimate moments with God we can succumb to arrogance!

2. Recognise your pattern of temptation and be prepared for it. 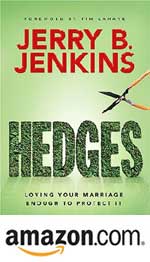 Good move. Jerry Jenkins wrote a book called “Hedges: Loving Your Marriage Enough to Protect It” in which he reminds us of the need to be realistic about situations in which temptation is harder to beat. As a speaker and workshop leader on the road I found this very helpful in the area of marital faithfulness. The same principles apply to other areas of temptation such as time waste, over spending, and distraction from important relationships and tasks.

Rick refers to the ‘microwave prayer’ – the prayer that goes to God in times of trouble, 24 hours a day. It’s quick and to the point – “Help”. The one word prayer. It’s a prayer I’ve prayed often. It’s short for “give me strength”, “guide my thoughts”, “lead me in my actions toward others”, “help me find the words needed for this situation”, “fill me with your love”, “keep me from going over the edge”.

Final question for the day:

What Christ-like character quality can I develop by defeating the most common temptation I face?

I’ll have to think about that…

One Reply to “Growing Through Temptation on Purpose”