A Story about Three Servants
The kingdom is also like what happened when a man went away and put his three servants in charge of all he owned. The man knew what each servant could do. So he handed five thousand coins to the first servant, two thousand to the second, and one thousand to the third. Then he left the country.

The servant who had been given one thousand coins then came in and said, “Sir, I know that you are hard to get along with. You harvest what you don’t plant and gather crops where you haven’t scattered seed. I was frightened and went out and hid your money in the ground. Here is every single coin!”

The master of the servant told him, “You are lazy and good-for-nothing! You know that I harvest what I don’t plant and gather crops where I haven’t scattered seed. You could have at least put my money in the bank, so that I could have earned interest on it.”

Then the master said, “Now your money will be taken away and given to the servant with ten thousand coins! Everyone who has something will be given more, and they will have more than enough. But everything will be taken from those who don’t have anything. You are a worthless servant, and you will be thrown out into the dark where people will cry and grit their teeth in pain.” 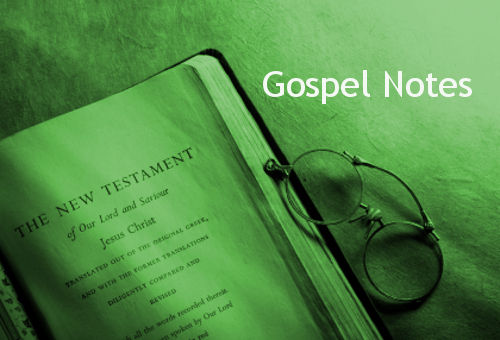 Reading this through to the end leaves me with a few questions. The master doesn’t sound like God. Looking at the Greek for this passage there’s no reference to the ‘kingdom of God’ at the beginning. So, as one friends asks, is this Jesus talking about the way the world works or the way God’s kingdom works? And if he’s using the story to talk about the kingdom of God, what’s the heart of the story? The crying and gritting of teeth in pain? Or the challenge of taking what we’re given and working with that, no matter how insignificant we feel that to be?

Working with fellow leaders through this passage we took the phrase ‘sphere of influence’ as one of the keys to the parable. We’re each given a sphere of influence. We don’t need to copy someone else’s sphere. It’s unfair of a travelling evangelist, with a sphere of thousands across the country, to project his or her hopes onto the lives of people who stay in one place and influence the lives of a few who live nearby. Likewise it’s just frustrating for a person with widespread ministry to try and squeeze it into one place.

One of us first heard the phrase, “fear of influence”. In some ways that is what’s going on in the story. The guy with one thousand coins is afraid of what he might achieve and what he might not achieve. Fear of failure paralyses him. And perhaps fear of making a difference in the lives of others.

Back in June I used a quote at Pacific Highlander when writing about spiritual gifts:

“Our greatest fear is not that we are inadequate, but that we are powerful beyond measure. It is our light, not our darkness, that frightens us. We ask ourselves, “Who am I to be brilliant, gorgeous, handsome, talented and fabulous?” Actually, who are you not to be? You are a child of God. Your playing small does not serve the world. There is nothing enlightened about shrinking so that other people won’t feel insecure around you. We were born to make manifest the glory of God within us. It is not just in some; it is in everyone. And, as we let our own light shine, we unconsciously give other people permission to do the same. As we are liberated from our fear, our presence automatically liberates others.”
Marianne Williamson
Return to Love