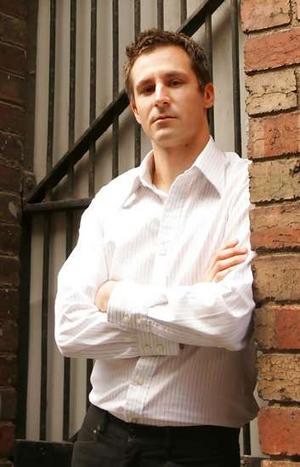 Ryan Heath has just been back home to Australia to promote his book, “Please Just F* Off It’s Our Turn Now: Holding Baby Boomers To Account”, published by Pluto Press.

I read a summary of his thinking in his article in the Weekend Australian Magazine over Easter, “War of Words”. The 25 year old journalist says it’s time Generation Y began taking the reins of power and influence from the baby boomers. Imre Salusinszky responds with an alternative point of view. Sadly the article is another example of the press fuelling intergenerational contempt rather than helping people develop a ‘win-win’ approach to intergenerational passing of the baton.

More thoughtful reviews can be found at Bad Analysis February 5 (Andrew Norton). I’ll be back with more when I’ve finished reading the book.
From Ryan’s web site, it appears as though Pluto Press approached him and asked him to write the book. Once again, who is gaining from this approach to generational journalism?

Australia watch out! This is a snapshot of the generational change that is coming.
A call to generational battle not seen since the 1960s.

Ryan Heath, a twenty five year old writes about his generation – young people in their twenties who he says are very different to Baby Boomers and Generation X.

His book is a sexy snapshot of the people born after 1970 – the people of this century. How they are different, special and ready to take over from Baby Boomers.

Like many of his generation, Ryan Heath has had a gutful of the same bunch of boomers still hogging all the good jobs and holding Australia back. He says: Enough is enough – it’s time for a generational change or Australia will slide into decline.

In a style that is controversial, passionate and with humour, this is an enjoyable and provocative read in the tradition of Mike Moore. A must read for Generation Y and X but also for Boomers who will love to hate Heath’s criticisms and mockery of them.

He pulls no punches when it comes to Aussie sacred cows and institutions – Fairfax, the ABC, and the ALP particularly.

Ryan asserts that his generation is very different to boomers and X’s. They may be smaller in number but are more diverse, better educated, more socially responsible, switched on to new technologies and believe in working through networks rather than hierarchies. He believes they have what it takes to make Australia a better place.

Ryan says Australia is moribund and stultified with superannuated leaders arguing over outdated orthodoxies while business, media, culture and political parties sag under the weight of tired methods and ideas recycled from the 70s and 80s.

According to Ryan Heath, Australian public life has ignored the energy and ideas of younger people leading to mediocrity and decline here, and an exodus of hundreds of thousands of talented young people like himself to take up opportunities overseas, where younger people are given positions of responsibility, and where generations share more fairly.

Ryan grew up near Coffs Harbour in Australia, studied communications in Sydney, wrote for the Sydney Morning Herald, before moving to the UK for a job in public service.