Bonn hat retailer Hut Weber demonstrates the difference a hat can make with “Hitler vs. Chaplin”. It’s simple. Put a bowler hat on Hitler’s head and you’ve got what appears to be Charlie. The cane might help as well. However, as Chaplin once said, “Life is a tragedy when seen in close-up, but a comedy in long-shot.” The advertising campaign inevitably raised the ire of the many Germans who firmly believe that Hitler should never be associated with any kind of advertising. 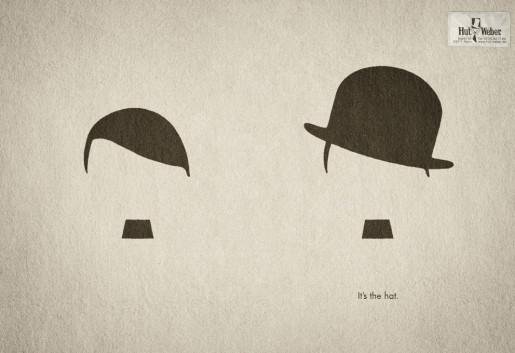 3 Replies to “Hitler vs Chaplin for Hut Weber Hats”