Pepsi Light was relaunched in Australia in September 2006 with a touch of light embarrassment featuring the new face of Pepsi Light, Christie Hayes, the woman who played Kirsty Sutherland in Australian soap Home and Away. 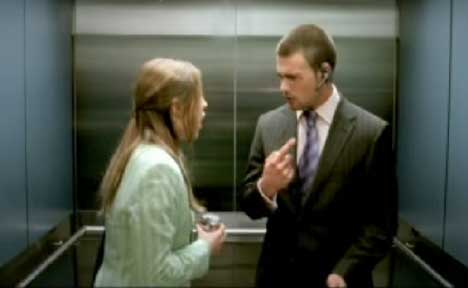 Christie’s character is standing in a lift when the guy next to her starts talking. “How are you?” “Ah I’m good thanks”, she says. “Would you like to go out some time?”, he says. “Yes I was meant to meet some friends for coffee but I can cancel if you want…” At this point she turns and sees that he’s on the phone using a blue tooth head set. As she walks out of the lift her friends say, “OMG you were in the lift with that…” Recovering her composure the woman gives her spin on the experience saying, “Would you believe he asked me out?”

The Pepsi Light campaign was designed to introduce Australians to the new packaging. Readers of ACP womens magazines Cleo, Cosmopolitan and NW were invited to send in their own embarrassing moments. The Pepsi Light web site featured the OMG moments of Pepsi Light drinkers. 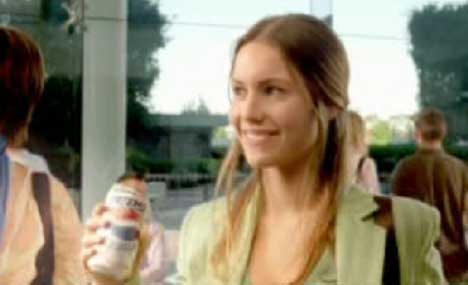 The campaign has now moved beyond it’s initial phase. The web site has moved off the embarrassment theme. The ad is now being shown on Australian screens beginning with the spin scene, a more hard sell segment, finishing with the moment in the lift.

Filming was shot by director Adam Stevens at Robber’s Dog.

One Reply to “Pepsi Light Embarrassment In Lift”