On Tuesday I met with six staff from YACMU, Youth and Childrens Ministry Unit of Queensland Synod, Uniting Church, to start on an eight week course on emerging generations in conversation. The seven people in the room (+ one on speaker phone) were in their twenties, thirties and forties. We need a few older participants but we managed OK.

One fascinating reflection on Generation X centred around the impact of the Grim Reaper AIDS television commercial in 1987. In the government commissioned advertisement a cowled, bowling-ball-weilding Reaper knocked down men, women and children in a bowling alley.

The solemn voiceover: “At first, only gays and IV drug users were being killed by AIDS, but now we know every one of us could be devastated by it. That’s why you should always use a condom, because you can never be sure just how many people you are really going to bed with.”

We reflected on how that ad, more than anything else, got people talking about AIDS in Australia. People who came of age later on have not had the same fear of AIDS.

Here’s a press release from 2002 highlighting the multi-dimensioned impacts of the Grim Reaper ad.

Australia’s 1980s “Grim Reaper” advertising campaign was pivotal in changing heterosexual behavior but had the regrettable consequence of demonizing gay men, according to the country’s leading AIDS pioneer. 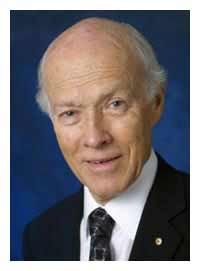 Dr. Ron Penny, who diagnosed Australia’s first case of AIDS 20 years ago, was on the government body that approved the campaign’s release in 1987. The Simon Reynolds-designed campaign featured a cowled, bowling ball-wielding Reaper knocking down men, women and children in a bowling alley. The campaign was one of the most effective ever launched in Australia, said Penny, who recently retired as head of Immunology at Sydney’s St. Vincent’s Hospital. But it struck an unfortunate blow to the gay community, which had already taken the lead in AIDS awareness and safe sex practices. “The downside was that the Grim Reaper became identified with gay men rather than as the Reaper. That was what we had unintentionally produced — [the belief] by some that the Reaper was people with HIV infection, rather than the Reaper harvesting the dead,” said Penny.

However, in terms of being “a wake-up call to Australia,” the ad’s impact was astounding, Penny said. “I think there’s never been anything on television or any media that has ever matched it in terms of impact, but no advertising can be without some downside, and that was never intended. But it at least made people aware and probably did change sexual practices of heterosexuals.”

“Prevention is still important, and I think that the new generation of gay men see AIDS as an uncommon disease and therefore taking risk has reappeared,” said Penny. “We’ve got to talk about what is a floor level that you accept — like motor vehicle accidents. You can’t guarantee that people won’t die on the roads, but you’ve got to do better than you’re doing.”