Tourism Australia has worked with M&C Saatchi to create an ‘in-your-face’ challenge to come and experience the unique environment only available down under. The campaign focuses on the question, “Where the Bloody Hell Are You?”, using an Australian phrase in the hope that the laid back cheeky approach will attract foreigners. 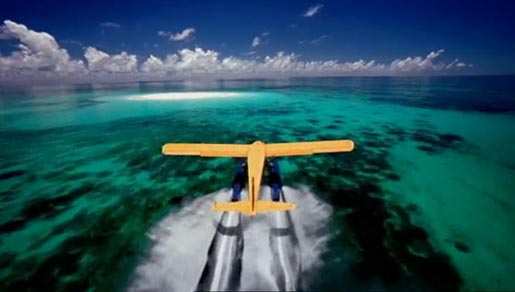 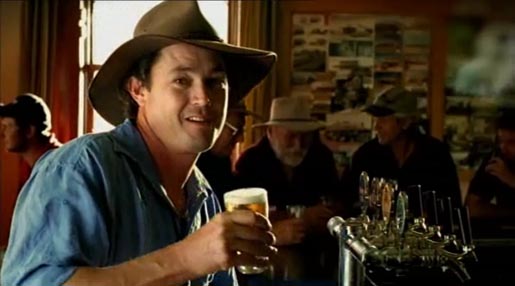 A punter in a remote outback pub stands at the bar and says, “We’ve bought you a beer” and turns to face the smiling female bartender. A camel train is silhouetted by the Australian sunset. A woman says, “And we’ve had the camels shampooed”. We’re listening to distinctly Australian sounds – traditional Aboriginal percussion and didgeridoo. The camels walk down the beach, sun setting over the sea in the background. Must be Western Australia. Bare legs swish through the surf at Fingal Spit. A woman in bikini top tells us, “We’ve saved you a spot on the beach”. 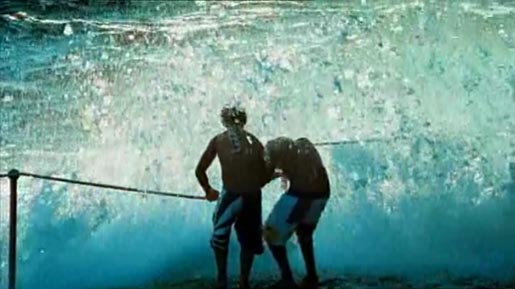 A boy with white zinc sunscreen on his face dives into the pool and emerges to say, “And we’ve got the sharks out of the pool”. Surf surges up the edges of the sea-side pool, saturating the swimmers.

Kangaroos watch as sand flares up from the golf course bunker. A golfer says, “We’ve got the roos off the green”. The kangaroos hop off. The camera zooms up to the front steps of a homestead. A jackaroo tells us, “And Bill’s on his way down to open the front gate”. Bill of course is driving a ute down a long red dust road. A yellow sea plane lands in the Great Barrier Reef. A snorkeller swims towards the plane as the pilot sits on the float to tell us, “Your taxi’s waiting”. It’s now night time in front of Uluru (Ayers Rock). A waiter, dressed in black and white formal gear, tells us, “And dinner’s about to be served”. 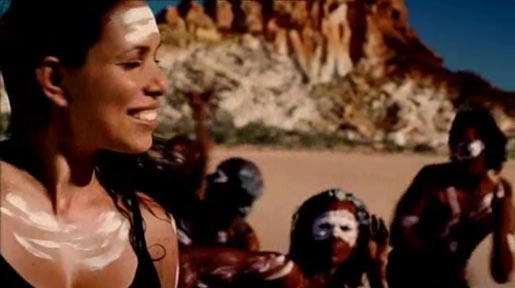 In Sydney Harbour a woman stands with her friends in front of dazzling fireworks display. “We turned on the lights”, she says.

Inland an Aboriginal dance troupe goes through its moves. A young woman, who doesn’t look particularly Aboriginal, says, “And we’ve been rehearsing for over 40,000 years”.

It’s back to the Lara Bingle, the beach babe. “So where the bloody hell are you?”, she wants to know. 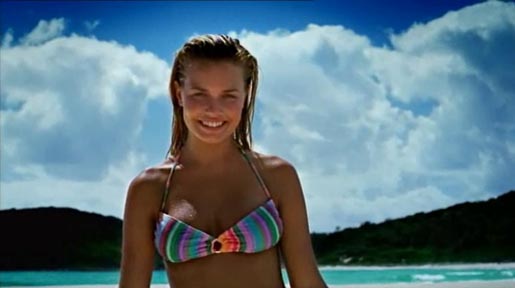 The ad can be viewed online at www.wherethebloodyhellareyou.com. The image on the site features Sydney Harbour with the Sydney Opera House, Harbour Bridge and fireworks. “We’ve switched on the lights, turned up the Verdi, and the champagne’s on board… so where the bloody hell are you?”

Tourism Australia provides their thinking behind the campaign on their marketing page. They say that the actors featured in the ads are all amateurs. The campaign attempts to harness the value of Australian environmental icons by displaying them as compelling experiences.

So why the irreverent language? The phrase “Where the bloody hell are you?” is a classic piece of Strine (Australian) slang. It communicates something of the larrikin nature of Australian culture and cheekily challenges viewers to do something about their attraction to the down under destination. The only problem is that the phrase is said so quickly that many overseas viewers won’t even realise that they’ve been sworn at.

Editing was done at Post Box. Post production was done by Frame Set & Match. Music was composed at Song Zu. 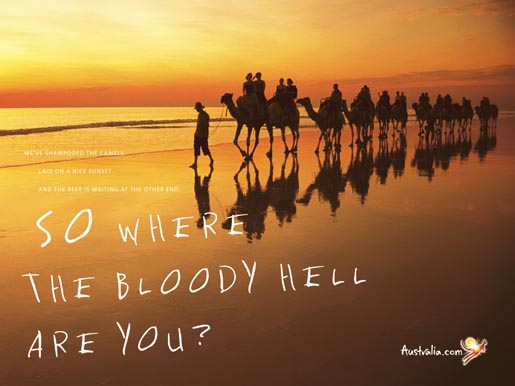 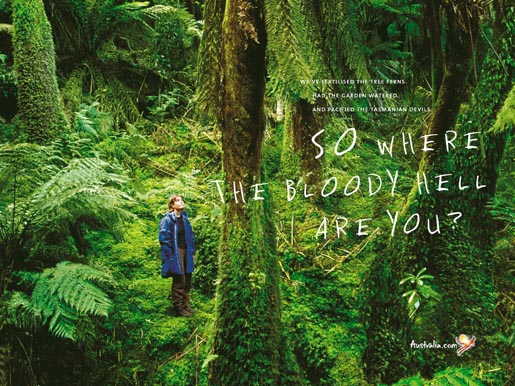 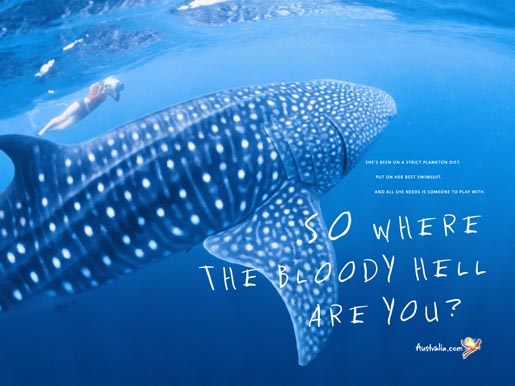 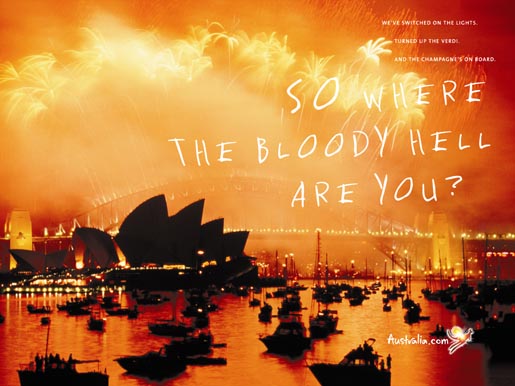 The news has come through that Britain’s advertising watchdog, the Broadcast Advertising Clearance Centre, has banned the Tourism Australia ad in its present form. It’s likely that an amended version will be provided for British televisions, with the word “bloody” replaced by “@%#!”. The ad will still be seen in British cinemas in its present format. Britain’s not the only country to complain. Japan, Korea, Thailand and Singapore are to get expletive-deleted versions of the campaign.

48 Replies to “Tourism Australia Where the bloody hell are you?”