I’ve just been in Wellington, NZ, for a few days holiday, visiting family and friends, and reconnecting with important aspects of my identity. The first three nights were spent in a hotel in Tory Street, the street I worked in for six years between 1994 and 2000 while with the Presbyterian Church of Aotearoa Assembly Staff. The building I worked in is now home to a digital design company, an accounting company, and a number of eating places. Eating breakfast at Caffe L’Affare in College St, at Prefab in Jessie St, and eating dinner at The Meeting Place in Tory Street, I spent some time reflecting on what I learned while working there. 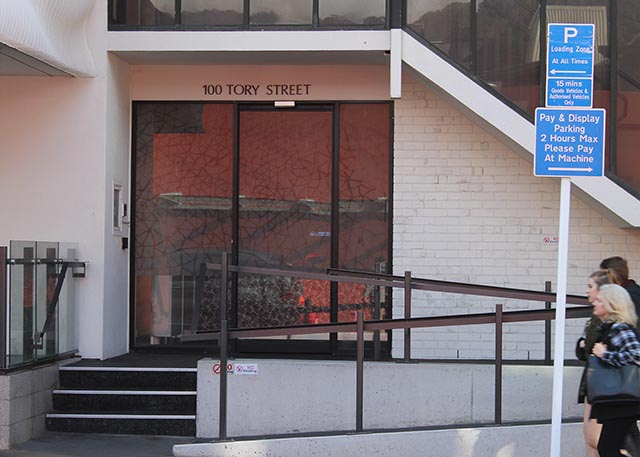 My first introduction to life in Tory St was an invitation to join Fei Taule’ale’ausumai and a team of co-writers in the development of a Diploma in Youth Ministry. I was then working as a minister in Tokoroa, with an interest in building the capacity of professional youth workers and volunteer youth leaders. Fei’s invitation reminds me still that projects thrive when you go looking for people with the skills you need outside the usual circles. 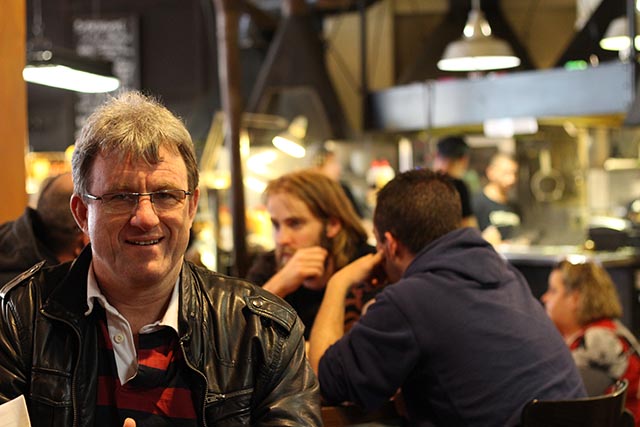 I sat in Caffe L’Affare in College Street, just off Tory Street, while waiting for my interview for the job of National Youth Ministry Coordinator in 1994. Brenda, my chauffeur and minder for the morning, introduced me to my first short black coffee. Over six years in the national role, I came to use the cafe as my second office, a place for brokering new partnerships, catching up with colleagues, exploring new ideas. It was great to hold these conversations in a place frequented by people from the local drama, film and television scene. Caffe L’Affare is still there, almost unchanged, bought in 2006 by Cerebos for 25 million or so. Around the corner in Jessie St is Prefab and Acme & Co, a new cafe, roastery and design company opened by the original Cafe L’Affare owners Jeff Kennedy and Bridget Dunn. 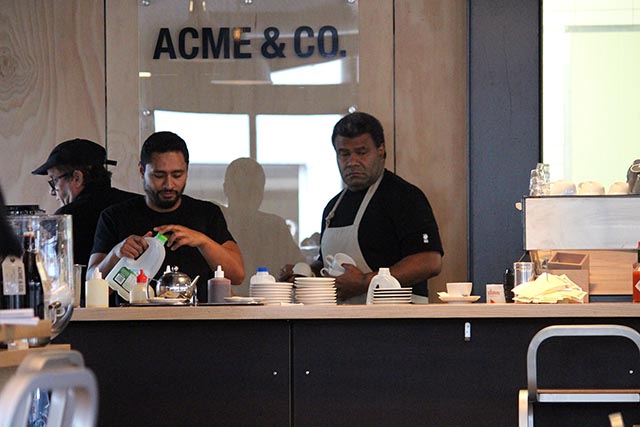 Tory Street was where I took lessons in desktop publishing, web design and film production. As the publisher of the youth ministry magazine Crumbs I was able to pick the brains of the PCANZ Communications department, including editors Roger Wiig, Diane Gilliam-Weeks and Leigh Bredenkamp. The PCANZ gave me a chance to explore new frontiers in publishing magazines, journals and books through a professional course in using Adobe Pagemaker, a partnership with designer and photographer Lisa (Smith) Purda, and the guidance of staff at Precise Print. We started in 1995 with bromides, clip art and glue on the desktop, and finished with colour photography and digital files. Crumbs started as a Presbyterian/Methodist publication, and evolved into a Presbyterian/Methodist/Catholic/Anglican venture of Churches Youth Ministry Association (CYMA), published in glossy print with articles online at crumbs.org.nz (now archived at youthministry.org.nz.

Working in a national role provided so many opportunities to listen to stories of local communities, work collaboratively with other movements, and connect with people across the world. There were bicultural relationships to develop in the support of Te Aka Puaho (Maori Synod). And many flavours to develop in the resourcing of Pacific Island, Taiwanese, Indonesian, Korean, Chinese and multicultural congregations. In our national gatherings we worked hard on providing caucusing time for groups to develop their own sense of identity and decision making. It was always hard for the Pakeha caucus to work out what their cultural framework was, while the Pacific Island caucus knew instinctively that singing together was just as important as sharing opinions and discerning a way ahead.

The PCANZ Assembly office invested in a data projector and gave me the freedom to showcase effective use of visual technology across NZ. Many of my talks in the late 1990s, including workshops on generational change, used music videos and film clips as texts, a forerunner for what I now do with TV commercials and online films in The Inspiration Room. I enjoyed playing with PowerPoint but soon realised, with the help of Tex Sample and Leonard Sweet, that screen technology opened up the possibility of exploring imagery rather than just moving the words from the page to the wall. I learned that the overuse of the screen had the potential to diminish genuine interaction and communal reflection.

I learned in Tory Street that it really helps to make phone calls now, not later. I was given my first mobile phone (cellphone in NZ) while working here, which certainly changed my capacity to work while on the road. Email was also introduced into office life during this time. We learned the hard way that waiting for people to read and respond to emails could take ages, and forever if the wrong email address was used. Oral communication skills still are still essential.

Visiting Tory Street again reminds me that life is forever changing. The PCANZ office has downsized is now in a building in Cuba Street. The six years investment of my time in the late 1990s, a continuation of the work of my predecessors Russell and Fei, has been followed on by Mo, Gordon, Carlton and now Matt. Youth workers and volunteer leaders I supported and worked alongside are in many cases now ordained ministers and key leaders in their 40s and 50s. The future of the church we talked about 20 years ago is now being faced by today’s leaders in Presbyterian Youth Ministry. Looking back I give thanks for all the people who were part of my learning community.

One Reply to “What I learned in Tory Street”