The Kaiser Family Foundation in the United States has just released the results from a survey on use of media by 8 to 18 year olds, “Generation M2”. The survey shows that 8-18 year-olds devote an average of 7 hours and 38 minutes (7:38) to using entertainment media across a typical day (more than 53 hours a week). And because they spend so much of that time ‘media multitasking’ (using more than one medium at a time), they actually manage to pack a total of 10 hours and 45 minutes (10:45) worth of media content into those 7Â½ hours. 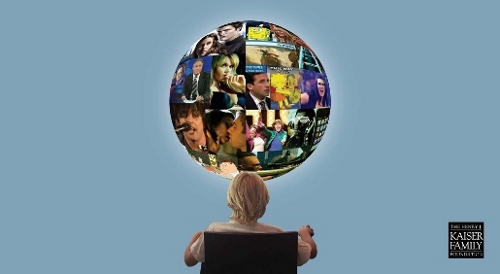 Generation M2: Media in the Lives of 8- to 18-Year-Olds is the third in a series of large-scale, nationally representative surveys by the Foundation about young people’s media use. It includes data from all three waves of the study (1999, 2004, and 2009), and is among the largest and most comprehensive publicly available sources of information about media use among American youth. See my post on the second report.

Three young people explain what types of media they use, such as smart phones, computers, TV, video games, how much time they spend with media and what impact it has on their lives. This video was shown at a January 20, 2010 Kaiser Family Foundation event to release the report, “Generation M2: Media in the Lives of 8- to 18-Year-Olds.”