I spoke at Kippax Uniting Church this last Sunday morning on the theme of “Discovering God’s wisdom in everyday life and culture”. My text for the day was Proverbs 1:20 – 33. The New Revised Standard Version translation reads: “Wisdom cries aloud in the street; in the markets she raises her voice; 21 on the top of the walls she cries out; at the entrance of the city gates she speaks”. My reflection for the morning, using photography and film, was on the ways in which we enter conversation with the streets and marketplaces, and ways in which we discover God’s wisdom already there when we look with discernment. 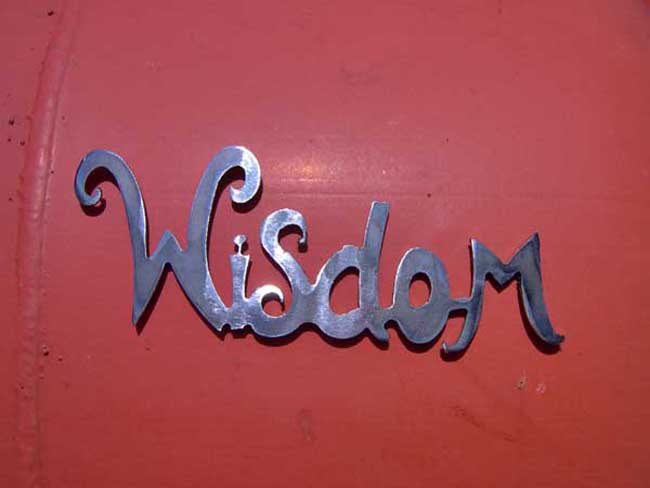 Proverbs 1:22-30 reads as a rant against a society that isn’t interested in discovering wisdom. It’s tempting for communities of faith to present that message to the world around them, writing people off with messages of smugness and condemnation. I think of a congregation I worked with who had successfully hosted a community meal with many of their neighbours. However no-one seemed interested in turning up for worship. Who could blame them when they had a sign on the street with the humorous but offensive billboard reading, “Where will you be sitting in eternity. Smoking or non smoking?” That’s a conversation stopper, not a conversation starter. 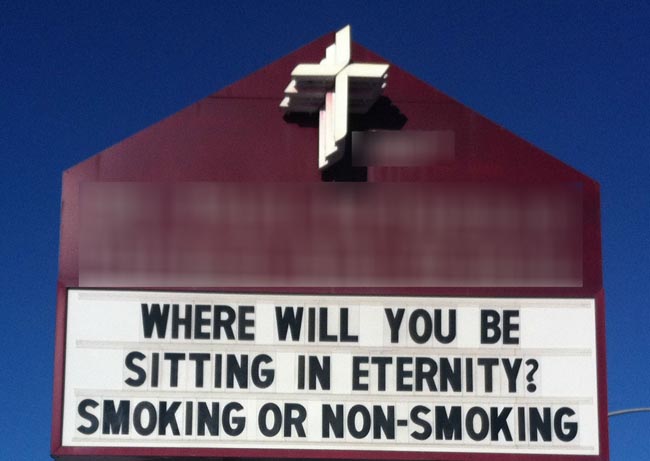 A group of Christian communicators in the United States felt that messages of grace and insight needed to be placed in the public domain, rather than only on the front lawns of churches. They formed “God Speaks”, online at godspeaks.com, sponsoring billboards around the country with messages signed by God, such as “That love thy neighbour thing… I meant it, God”.

In New Zealand a couple in Auckland were inspired to start “Godmarks”, a similar movement in which messages from God appeared on high profile billboards. Messages like “Every day I get more prayer requests for car parks than for anything else. You people need to start thinking bigger, God”, and “Contrary to popular belief, I don’t hate gays, Jesus”. These are conversation starters designed to stimulate intrigue among people who don’t usually even think about God. See more on The Inspiration Room. 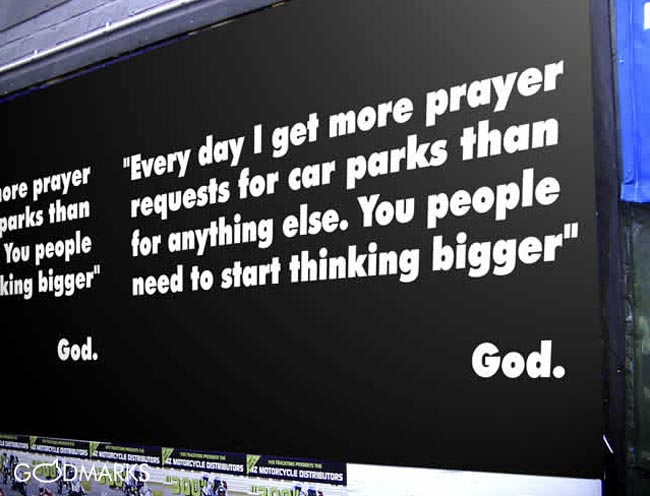 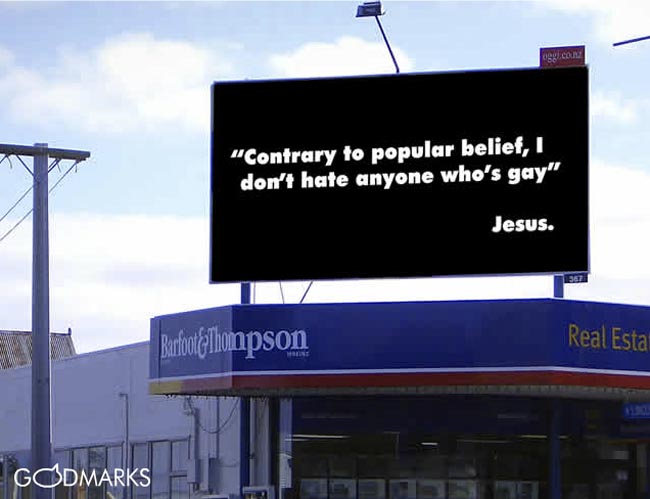 But it’s not only explicitly Christian content that connects us to the wisdom of God. I was driving down a motorway in Wellington pondering about how I was going to motivate a group of leaders to look at safety of children in their local church. They perceived the requirement for training as a top down imposition that had nothing to do with why they were there. A Grace removals truck drove past at that moment. “That’s it”, I realised. “Begin with the gift. Ministry with children is a privilege that is given, a responsibility and opportunity that we celebrate.” And at that moment another truck pulled into the lane beside me, with a local government ad for pool safety on the back featuring a child waving her finger. “Look out for us kids!”. I gave thanks for God’s wisdom on the motorway.

Canberra Airport has a series of three billboards set sequentially on shipping containers by the road into the terminal. “What you see isn’t all you get. Canberra’s new terminal. There’s more to come”. The sequence reminds me each time I drive by to keep looking for new developments, both in terms of facilities, but also in what I experience in the world of advertising, film and design. See more on Screenmakers site. 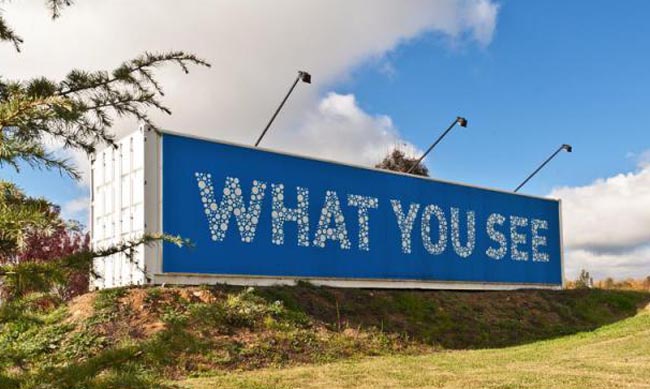 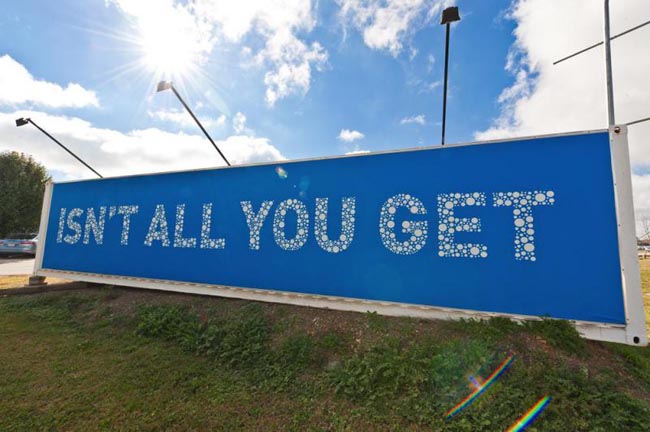 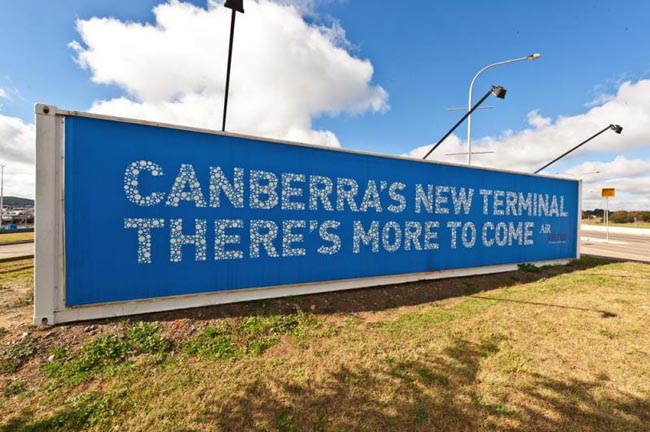 Television commercials are generally designed to get us to consider buying products or giving allegiance to brands. But more and more we’re seeing commercials that can be described as parables: stories with significance that can be interpreted in many ways. We see 30 to 60 short films that help us reflect on who we are and where we’re going.

Jeep’s “Life Search Engine” commercial, launched in Australia, starts off with a dreamy reflection on our search for meaning in life, before dropping into a cheerful suggestion that we buy a Jeep. See more at The Inspiration Room.

The Singapore Government, noticing the drop in committed relationships that lead to marriage and stable families, formed “Think Family”, a campaign with deep significance. My favourite commercial from over the years is “Funeral”, featuring God’s wisdom, sponsored by Ministry of Community Development, Youth and Sports (MCYS). Mrs Lee (played by playwright, director and actress Jo Kukathas) speaks at the funeral of her husband. Snoring and farting become the talking points for living with one another’s imperfections. The commercial provides subtle support for multiracial relationships and family bonding, thanks to the craft of Malaysian film director Yasmin Ahmad, who died not long after making this film. See more at The Inspiration Room.

I finished my talk on Sunday with a clip sponsored by Old Mutual Assurance Company, a finance company in South Africa. The two minute television commercial shows people discovering wisdom from others, alone, through difficult experiences, through quiet reflection. At the end comes the challenge. “What counts is what we do with wisdom”. See more on The Inspiration Room.

The Message paraphrase of Proverbs 1:20-21 has it: “Lady Wisdom goes out in the street and shouts. At the town center she makes her speech. On the middle of the traffic she takes her stand. At the busiest corner she calls out”.