O, or “The One” as it is known in Europe, is a 2001 movie interpreting Shakespeare’s play Othello in the context of Palmetto Grove, a prestigious South Carolina boarding school. 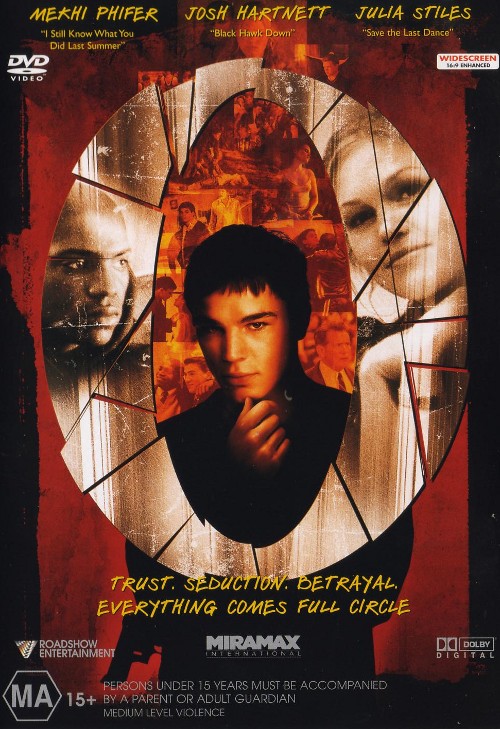 Iago is Hugo, (Josh Hartnett), steroid-shooting son of the Hawks’ basketball coach, desperate for the affection of his father. He is passed over by his father in favour of O during an important game.

Conversation in “O” is carried out in modern day English.

Shakespeare’s killings are carried out in O with shooting (Emilia, Cassio, O) and strangling (Desi). The film was originally set to be released in 1999. With the Columbine School shootings Miramax decided to shelve the “O” until 2001.

“O” has a parallel with “Ten Things I Hate About You” setting of “Taming Of The Shrew” in a Seattle high school.

Rating for “O” is generally for ages 15 and over.