A Blind Call, a fundraising campaign for Belgian Braille organisation Braille Liga / Ligue Braille, is producing results and winning advertising awards. The program, designed by advertising agency Duval Guillaume, calls on mobile phone users to key in the phone number for A Blind Call as the first contact in their address list. That way, when the mobile phone mistakenly calls, rather than bothering the Anne’s, André’s or Agatha’s on the contact list, a 75 Eurocent donation goes to help the blind, while the call is cut off after 30 seconds. 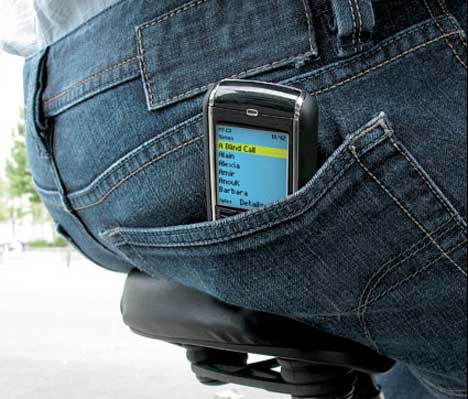 A Blind Call’ was announced via cinema billboards, outdoor posters, beer coasters, guerrilla action, bannering and television commercial. The campaign was immediately picked up by the media. TV stations offered free advertising space while bloggers and chat communities praised the campaign for its originality.

A humorous TV advert, made in French, Dutch and English, revealed the all-too-common call that goes to a guy as he prunes his hedge, just the wrong person…

A Blind Call won bronze in the Epica Awards and gold at Eurobest. Pablo Alzugaray, jury president of Eurobest, talks about why the Blind call campaign won gold this year…