The Salvation Army in South Africa promoted its appeal for used clothing with a series of print advertisements featuring homeless people wearing a bridal gown, a superman costume and an old military uniform. “You wouldn’t be seen dead in them but for a homeless person they could mean the difference between life and death. Please donate your unwanted clothes to the homeless this winter.” 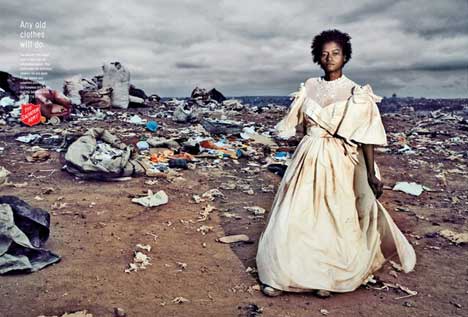 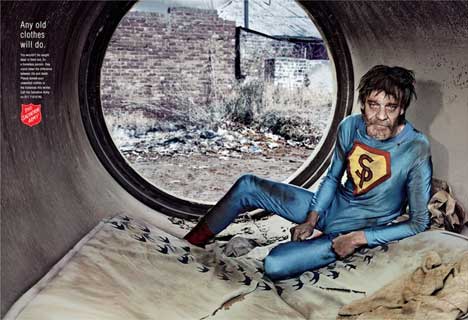 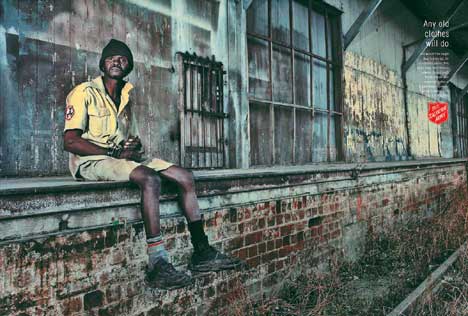 One Reply to “Any Old Clothes Will Do for Salvation Army”