Olympus is promoting the SP-560 Ultra Zoom camera with a TV ad featuring a long distance mountain shot, a piece of simple of humour that can cross language boundaries. A climber makes his way to the top of a snow-clad mountain… 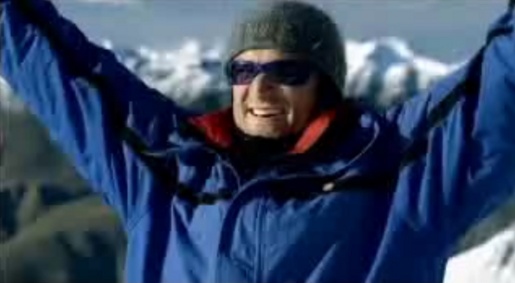 Click on the image below to play the Olympus Mountain Call video.

Sound was designed by Simon Lister at Nylon Studios, Sydney.